Dr Mahathir said that Muhyiddin made the request when the two met two weeks ago. 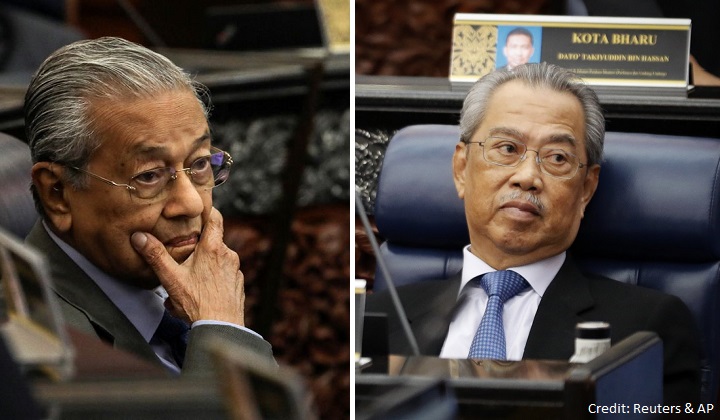 Former premier Tun Dr Mahathir Mohamad admitted to sitting down with former ally Tan Sri Muhyiddin Yassin of Bersatu a fortnight ago, where the latter sought for Pejuang’s support to become the prime minister again.

The veteran politician said that he was perplexed by Muhyiddin’s decision in asking for Pejuang’s support despite the party’s poor performance in the last Johor state election, losing all 42 seats it contested in its election debut.

“I don’t know but he asked me (for support). We (Pejuang) are not strong, and we don’t have money, but he still asked us to support him,” Mahathir was quoted by Berita Harian.

Mahathir added that Pejuang doesn’t have enough presence in Parliament to support Muhyiddin’s bid to become the prime minister again.

Despite saying that no decision has been made so far by Pejuang on the matter, Mahathir however appeared to downplay any form of collaboration with Bersatu.

“But now he is asking for help from the people he has backstabbed, and since I’m not dead, he has come again to ask for help.”

Mahathir co-founded Bersatu with Muhyiddin in 2017 but decided to leave and form Pejuang following the infamous Sheraton Move which saw the fall of Pakatan Harapan government.

Only PM Can Decide On My Cabinet Post, Says Zuraida