The businessman was allegedly given the run around by the police when he brought all the evidence and the suspect to the police station. 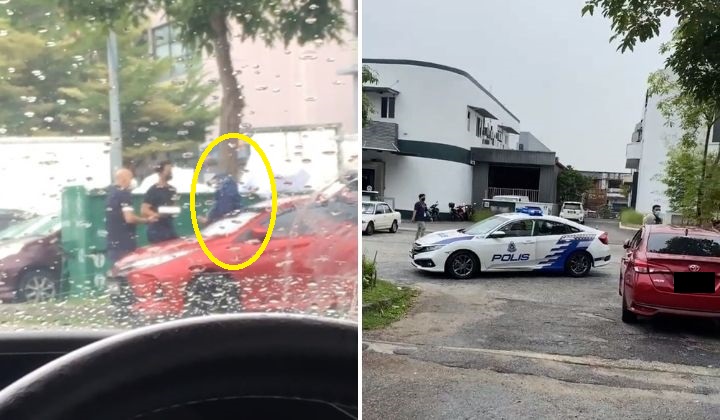 Scams are running rampant these days due to harsh economic times and the lack of enforcement from the authorities.

A Twitter user Megat (@MegatAD) shared his ordeal when three different customers scammed about RM19,000 from his cake shop business, SugarCandy, which he runs with his wife.

These customers scam businesses by editing and forging the sales receipts so Megat warned business owners to be alert when they accept payments through manual bank transfers.

Megat shared an incident in which a scammer ordered a long list of cakes from SugarCandy on 11 separate occasions.

The list of cakes includes Pull Money Cake and Pinata Cake, in which cash is hidden inside the cake to surprise the birthday person.

Megat believed that the scammer only wanted the money from the Pull Money Cake and Pinata Cake.

The scam started on 5 November 2021 until 1 February 2022 and this caused the bakery to lose almost RM15k in business.

In the police report, Megat admitted that the fault was theirs for not checking whether the transaction was in the bank account. However, they asked for help from the police to stop the scammer from swindling other victims.

After lodging the report, the police told Megat that an investigating officer would be in touch and to wait for the call.

A week later, he was told the customer’s name was false but the same scammer made a cake order for the 12th time. This time, the scammer wanted RM2,000 inside the cake.

Megat and his wife made a plan to trap the scammer. Megat pretended to be a deliveryman while his wife recorded from a car nearby.

He confronted the woman and asked her to show the receipt. The woman pretended that she wasn’t the customer and they were mistaken.

After a lot of back and forth, she finally admitted to the scam. Megat insisted that she pays back RM15k but she couldn’t because she didn’t have the money.

Megat had no choice but to call the police. Little did he know, the police would give him a run around too.

When they got to the police station, the woman’s husband was already waiting. The police gave them the option to settle at the side by paying in a lump sum or in instalments or proceed to put the suspect in jail and make a court case.

The discussion lasted 2 hours but it wasn’t fruitful. The husband insisted he wasn’t aware of his wife’s activities and begged Megat to allow them to pay back in instalments because they have three young children to care for.

Megat was adamant that they paid up on that day or he’ll open a case because he didn’t trust that they would pay in instalments.

To rub salt to the wound, the woman and her husband claimed that they didn’t know what happened to all the cash they scammed from SugarCandy.

I don’t know. It (the money) suddenly finished just like that. It’s true what people say, dirty money finishes fast.

Megat also found out that the woman’s husband is close with one of the police officers there. No wonder the police insisted that they talk it out instead of opening an investigation.

The police allegedly gave all sorts of excuses not to open a case such as claiming the investigating officer was busy. They even asked Megat to return the next day with the suspect.

They added that they couldn’t arrest the suspect because there was no arrest warrant and the investigating officer didn’t open a case.

Megat was livid because he has brought all of the evidence, proof and even the suspect to the police station and received no help whatsoever.

The police told Megat to wait and to go for a meal first. They said the police from IPD PJ will bring the suspect over an hour later.

After coming back from having a meal nearby, they found that the woman was no longer in the lockup and was told she was allegedly brought to IPD PJ already.

The police officer got angry when they insisted on making a report but reluctantly acquiesced. However, the officer kept editing and deleting the report. Megat only managed to go home late at night.

The ordeal goes on

Near midnight, he got a phone call from an investigating officer who told him that they were now only opening the arrest warrant.

When he got to the police station the next day, the investigating officer showed Megat the arrest warrant that was complete with the suspect’s full name and identification number.

The suspect would be remanded for four days during the course of the investigation and be taken to court in three to four months.

Megat expressed his disappointment online and wondered whether the police would help him if he didn’t insist on making the police report that day.

Netizens shared their similar experiences with scammers and showed sympathy for Megat.

They were also disappointed by the lack of action by the police that day.

A few netizens suggested that the people should go to another police station if they weren’t taken seriously.

Yes. Some balai dont want to do that. If they refuse, can go to other balai.