The sprinter won a bronze medal in the recently concluded KL All-Comers Championship but the championship was outside of the selection period. 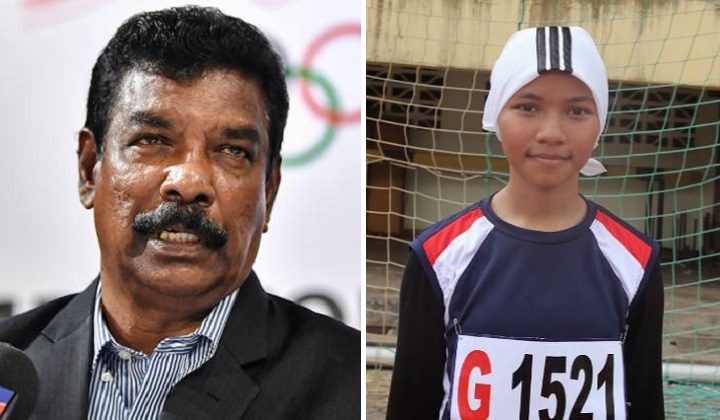 Sprinter Fatin Ilyana Mat Nayan was not selected for the women’s 4x100m relay event in the upcoming Sea Games in Vietnam because she only came in seventh place during the selection period.

He said that all six sprinters were required to participate in the Kuala Lumpur All-Comers Championship on March 26 as only the best five will be selected for the upcoming May Sea Games in Hanoi.

Despite winning a bronze medal and clocking a time of 11.97s in the 100m event at the Kuala Lumpur All-Comers Championship, Fatin Ilyana couldn’t be selected for the Sea Games as the championship fell outside of the selection period.

“We appreciate what Fatin Ilyana has achieved so far, and we will monitor her progress in the future.

“Although her coach registered her for the KL All-Comers Championship and she had clocked a time of 11.97s in the 100m event, the federation decided that any achievements recorded during that time cannot be taken into account as the tournament was not part of the qualifiers for the SEA Games,”Muthu was quoted as saying by The Vibes.

In agreement with Muthu, Malaysian Olympic Council (MOC) Secretary-General Datuk Nazifuddin Najib said that athletes were selected based on their records during the selection period.

“We must respect the system and follow the deadlines. Once we have sent the final list (for SEA Games participation), we cannot change it by looking at new competition results,” he said.

The decision not to include the Langkawi-born sprinter drew criticism from netizens who believe that Fatin Ilyana should be given her debut in the biennial games based on her current form.