The government will be looking to study the trend of Covid-19 infections and the mobility data after reopening the country’s borders. 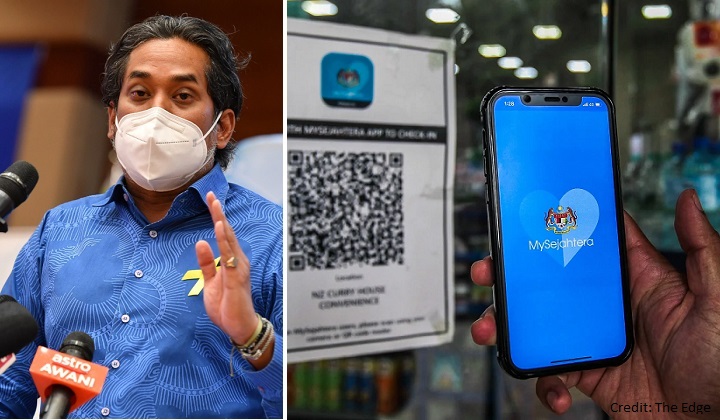 The government will study the trend of Covid-19 infections after the reopening of the country’s borders beginning 1 April before deciding whether to drop the MySejahtera’s check-in function.

Health Minister Khairy Jamaluddin Abu Bakar said that the decision to do away with the app’s function as Covid-19 SOP would also depend on the mobility data of residents and travellers in Malaysia.

“A decision on this matter will take almost a month because we need to look at this trend.

“If there are not many changes to the infection trend, we may drop the check-in function,” Khairy was quoted as saying by Malaysia Now.

The Rembau MP was commenting on the statement by the Malaysian Medical Association (MMA) calling for an end of the practice of using MySejahtera to scan for check-ins, citing that Malaysia is entering the endemic phase beginning 1 April as the reason.

The government had previously dropped the temperature checks and the manual recording of personal particulars to enter premises on 11 February.

In a related matter, Khairy reiterated that the MySejahtera application is owned by the government and was never sold to any private entity.

The health minister said that his ministry is in midst of discussing the procurement price and management of MySejahtera application services for a period of two years with the company that operating the application, with the procurement had been agreed upon by the Finance Ministry.

“The negotiation process is ongoing. but it is taking some time because it is quite technical,” he added.

Khairy also said that he will be addressing the matter in Dewan Negara too.