The police urged the Women, Family and Community Development Ministry and affected parties to come forward to help with investigations. 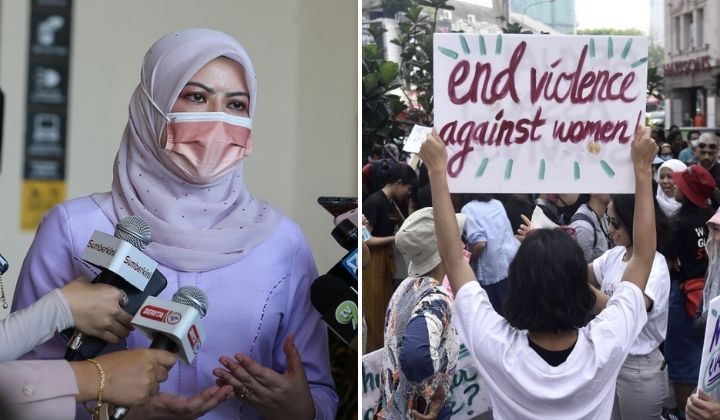 The Ministry of Women, Family and Community Development (KPWKM) is aware that some police personnel still refuse to accept reports of domestic violence lodged by victims, citing it as a family matter.

Its minister Datuk Seri Rina Harun said KPWKM will discuss the issue with the Ministry of Home Affairs (KDN).

We know that for issues like this, there is a Sexual, Women and Children’s Investigations Division (D11) unit that is under the KDN. We will include this matter in future discussions,” she said.

According to Malay Mail, Rina advised victims to head to the hospital immediately to get their medical reports so that police cannot refuse to accept the report lodged.

Meanwhile, the Social Welfare Department will issue an Emergency Protection Order to separate the couple if there is abuse.

Netizens believe that victims didn’t need to take the extra step to get a medical report to be taken seriously by the police.

They believe the police must take the report in any circumstances because they should be protecting victims.

The police have released a statement regarding the issue to say that the police force take matters of domestic violence seriously and take stern action.

Since the Domestic Violence Act 1994 came into force on 1 June 1996, the police have issued several administrative instructions regarding domestic violence cases to be followed in all stages.

In light of the matter, the police urged KPWKM and the affected parties to come forward to help with investigations.