The 33-year-old man was originally scheduled to be hanged in November before he lodged a challenge to the sentence at the Singapore Court of Appeal. 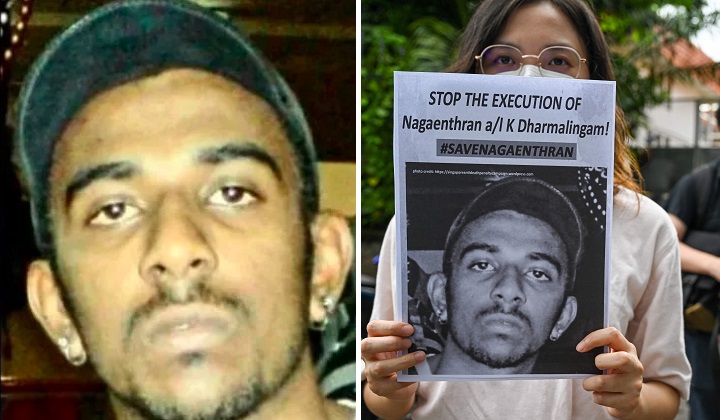 D. Nagaenthran, a 33-year old mentally impaired Malaysian citizen, saw his final plea against the death penalty for a drug trafficking case dismissed by the Singapore Court of Appeal.

The Singapore top court rejected both attempts by Nagaenthran’s lawyer to challenge the previous decision in his case and also a bid to get proceedings delayed for a psychiatric assessment.

“The Court of Appeal has just dismissed the application and considered the appeal an abuse of process and that international law does not apply.

“Nagenthren who is mentally disabled is due to be hanged possibly in the next few days,” his lawyer M. Ravi said in a Facebook posting.

The case was heard in front of a five-judge panel; Singapore’s Chief Justice M. Sundaresh, Judge Andrew Phang, Judith Prakash, Belinda Ang and Chao Hick Tin. It was reported that the panel took mere minutes before dismissing the case.

The Ipoh-born man was arrested in 2009 when he was 21, for trafficking 42.72 grams of heroin which was found to be strapped to his left thigh as he was entering Singapore via the Woodlands checkpoint.

He is believed to have an IQ of 69 and was coerced into committing the crime.