He allowed his three children to stick their bodies out of the moving car and it was all caught on video. 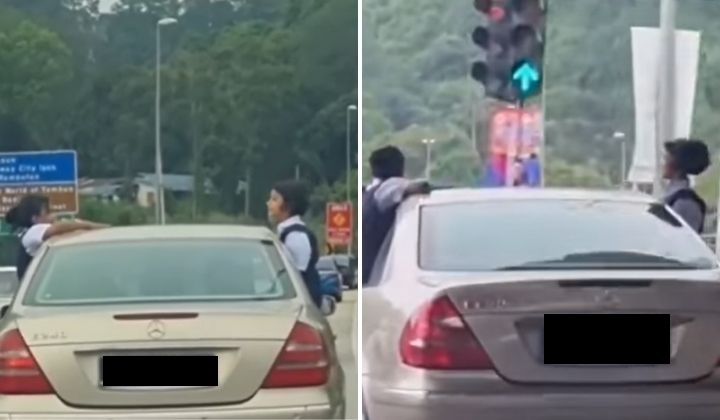 The police have arrested the father of the three school children who dangerously stuck their bodies out of a moving car on 22 March at Jalan Tambun, Ipoh.

The three children, who were still in their school uniforms, enjoyed the outdoor breeze without fear of danger and it was all caught on video.

The police have also questioned the three children aged 4, 7 and 8 years old to help with the investigation.

In my opinion, the father’s action is irresponsible because he allowed the children to stick their heads out of the fast-moving vehicle.

According to Berita Harian, Mior stated that the man has 32 traffic offence records. The man has been remanded for two days starting 25 March and would face stern action.