The woman kept shouting at the security guard when they wouldn’t let her in to Sogo shopping mall. 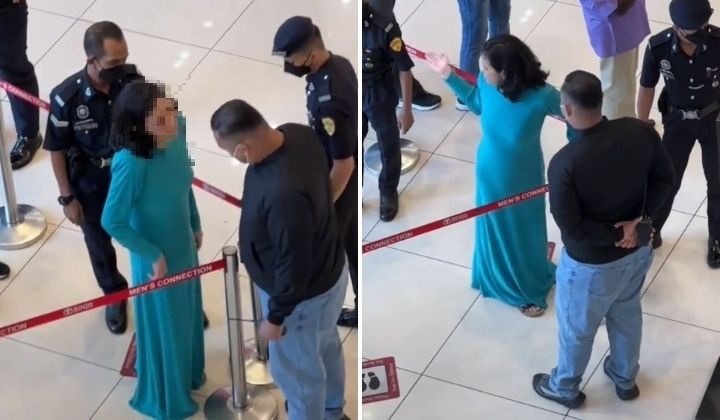 When the mask mandate was announced during the lockdown, some people find it hard to follow the SOP simply because it was a new thing to do.

It should be a fairly normal habit after trying to survive the pandemic for two years. However, there are still a few people who are still iffy about wearing masks when they’re going about their day outside the house.

Recently, a viral TikTok video showed a woman shouting at a security guard in Sogo shopping mall when she was denied entry because she wasn’t wearing a mask.

The woman yelled at the security guard.

She refused to back down and continued shouting at the man when they wouldn’t let her enter the shopping mall.

Netizens lamented that there was another Karen in a Malaysian mall and wondered if she thought she could get a white privilege treatment if she spoke in English.

Others said the woman should follow the current SOP since the pandemic is still going on. Although the endemic phase starts on 1 April, the mask mandate remains.

On the other hand, a few netizens believed that the woman might be mentally ill because they have seen her walking on her own in the area.

A netizen saw her sitting and crying outside Ambank and Jalan Yap Kwan Seng so they tried to help by giving her bread and a drink.

Another person claimed that the woman is financially well-off and lives at Jalan Ampang. They also said usually there’s a man who looks after her.

If she’s truly mentally ill, hopefully, she’ll get the help and support needed so an incident like this will not happen again.