They were denied entry simply because they received Sinovac vaccines and Pfizer as boosters. 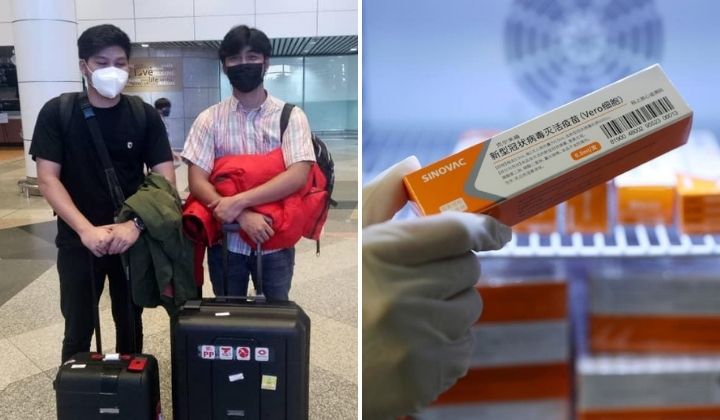 Two Malaysian brothers who wished to celebrate Ramadan with their youngest sibling who’s studying in Dusseldorf, Germany, had their hopes dashed when the immigration officers turned them back home because they are Sinovac vaccine recipients.

Despite being fully vaccinated with Sinovac and Pfizer booster shots, the authorities in Germany prevented the brothers from entering the country.

The brothers were disappointed and could do nothing else but fly back home to Malaysia.

The brothers have complied with every procedure and protocol as instructed by the travel agency and Turkish Airlines but they were denied entry solely due to the Covid-19 vaccine they received.

One of the brothers, Fariq, told Kosmo that they felt disappointed when they found out that the Sinovac vaccine wasn’t accepted by the German authorities.

A spokesman from the travel agency Interleisure & Event Management Sdn Bhd Hajah Roslen explained that only their parents were allowed to enter the country.

Fariq hoped that their experience of being treated like criminals by German authorities will be a cautionary tale for Sinovac recipients.

As of yet, Germany only allows these five vaccines to be given to its citizens: