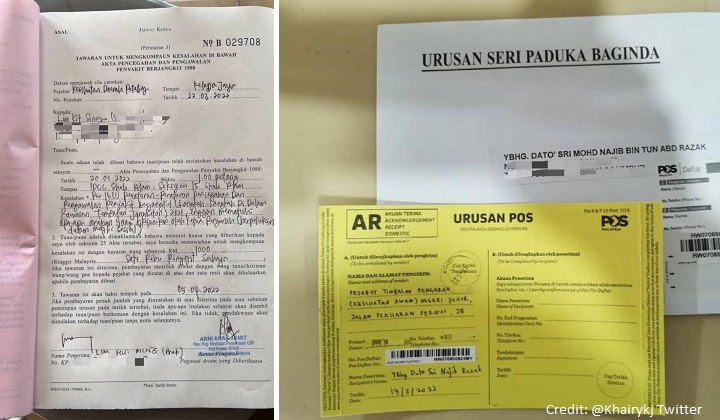 The Health Ministry has dished out a compound of RM1,000 towards DAP supremo Lim Kit Siang for failing to adhere to the standard operating procedures (SOPs).

In the same tweet, Khairy also appeared to take a jibe at former prime minister Datuk Seri Najib Razak, reminding him to pay up for the compounds issued towards him during the recently concluded Johor state election campaigns.

“MOH hopes @NajibRazak will pay up one compound issued during the Johor state election which has not been settled.

“MOH also hopes @NajibRazak has received four other compounds sent by registered post which his officer refused to accept earlier,” he wrote.

Responding to the matter, Najib questions why Khairy’s ministry fails to issue the same compound towards other DAP members for breaching the same SOP as Lim did.

“Why only Kit Siang was fined? That too, with only a RM1,000 compound that was issued yesterday. But, there were plenty of party members hugging him,” wrote Najib in his Facebook posting.

Najib also questions why Khairy would relate the compound issued to Lim with him.

“I’m puzzled as to why he related Kit Siang’s fine to me but I will pay all five compounds issued against me,” he added.