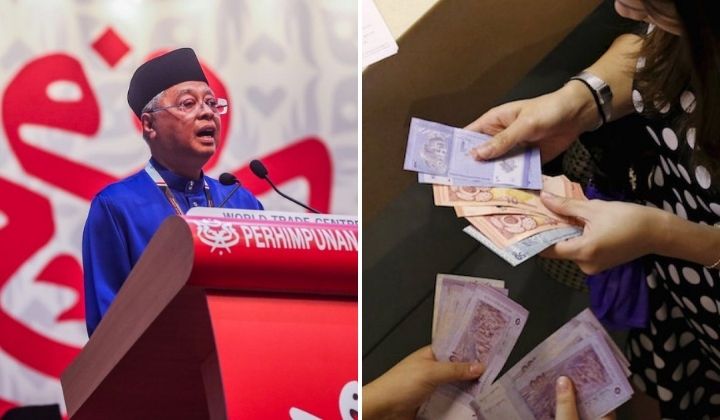 Prime Minister Datuk Seri Ismail Sabri Yaakob announced that the minimum wage would be raised to RM1,500 effectively on 1 May 2022.

New Straits Times reported that the implementation of the policy would only involve private sector companies with a minimum of five workers for now.

However, the Human Resources Ministry will hold discussions with Tan Sri Noh Omar’s Entrepreneur Development and Cooperative Ministry to allow small and micro companies to postpone the implementation of the minimum wage, as they might not have the ability to pay.

Former Human Resources minister M, Kulasegaran said while the move to increase the minimum wage is welcomed, the decision should be made across the board, including small and medium enterprises (SMEs).

According to The Vibes, Kulasegaran proposed the federal government allocate subsidies for SMEs that may not be able to cope with the costs of raising the minimum wage.

Protection for women in alimony cases

Ismail Sabri also announced the protection given to women in alimony cases. The Edge Markets reported that banks would freeze the accounts of former husbands who did not pay alimony.

Once the ruling has been obtained, the bank will make a direct deduction from the ex-husband’s account and pay the ex-wife.

Ex-husbands who refuse to pay child support after divorce will have their bank accounts frozen AND the banks will transfer directly to the mother with order from court.

Ismail Sabri added that recently widowed women would be allowed to work from home during edah (the waiting period of four months and 10 days), and employers can’t force them to work from the office during that period.