The bartender explained that the song sequence couldn’t be changed but the customer couldn’t accept it. 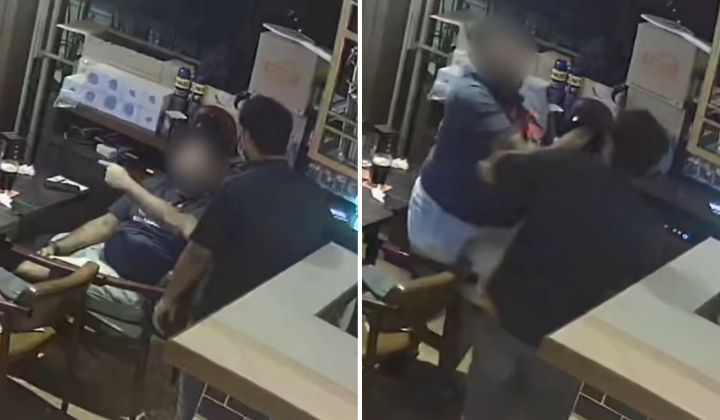 Working in a restaurant is hard work and it’s not easy to cater to every customer’s whims. A Bangladeshi bartender who got slapped by a customer could attest to that.

On Sunday, 13 March, two customers came into the restaurant in SS15, Subang Jaya, around 10.30pm and treated the staff rudely.

According to China Press, one of them requested a Bangladeshi bartender to play Indian songs.

Since the songs have been set earlier to play the songs accordingly, the bartender politely explained why the request couldn’t be fulfilled.

Instead of understanding, the irate customer stood up and slapped the bartender. In the video, the bartender could be seen looking shocked while cradling his cheek.

The manager of the restaurant, Lee Wen Jing, told China Press that he learned about the incident from the staff that were present that day.

His staff told him that the friend of the irate customer quickly paid for the drinks at the counter before pulling his friend out of the restaurant.

Lee said the bartender has been working for him for four years and maintained a good work performance.

He took the bartender to the police station to lodge a report about the assault. He hoped the police would investigate and deal with the matter impartially.