Despite leading BN to a stumping victory in the Johor state election, Johor BN chief Datuk Hasni Mohammad will not resume the menteri besar duty. 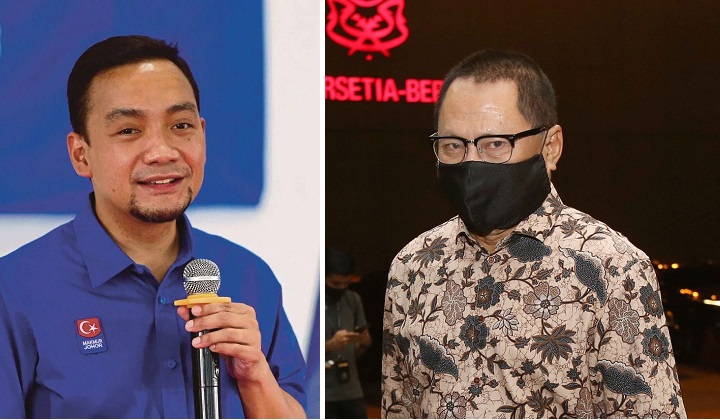 He came from a politically influential family as he is the great-grandson of UMNO’s founding member and first president Datuk Seri Onn Jaafar and the nephew of Defence Minister Datuk Seri Hishammuddin Hussein.

The other name that has been swirling around is the 64-year-old Rengit assemblyman Datuk Mohd Puad Zarkashi.

The former Batu Pahat MP is a UMNO supreme council member and had also previously served as the deputy minister of education between from April 2009 to May 2013.

Despite his experience, including serving as a senator in Dewan Negara between October 2004 and October 2007 and helming the Special Affairs Department (JASA) from March 2015 to April 2018, it is unlikely that Mohd Puad will get the nod due to his age.

Hasni-led Johor BN emerged the clear winner in last weekend’s state election, sweeping an unprecedented 40 out of the 56 seats contested.

However, following a delay in naming the state menteri besar, Hasni, 62, yesterday called for a young person to lead the state.

“Seeing the support and position of the younger generation who are important in the development of Johor, and for the sake of the state’s lasting prosperity, I suggest that the party leadership elect young people to lead Johor.

“God willing, under the new leadership, the state will be more prosperous.

“As I said on the eve of Barisan victory over the course of the day, there is no political ideology, politician and political party that is bigger, more important and more prominent than Johor,” Hasni was quoted as saying by The Star.