He took his oath before Sultan Ibrahim Sultan Iskandar at the Istana Bukit Serene’s Balai Mengadap. 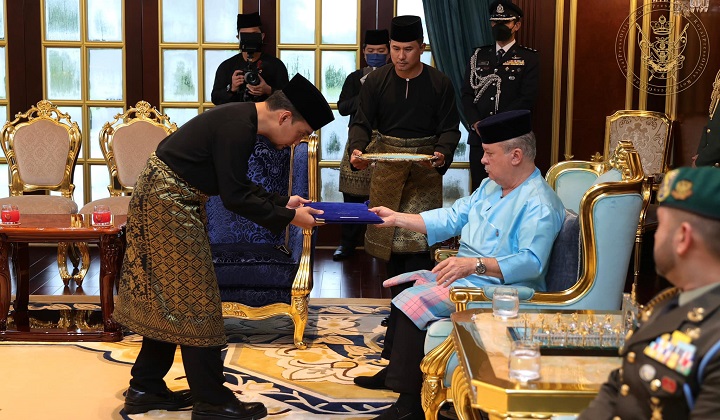 The 44-year old took his oath before Sultan Ibrahim Sultan Iskandar at the palace’s Balai Mengadap.

In his Facebook posting, Sultan Ibrahim said that Onn was actively involved with youth movements.

Onn came from a politically influential family as he is the great-grandson of UMNO’s founding member and first president Datuk Seri Onn Jaafar and the nephew of Defence Minister Datuk Seri Hishammuddin Hussein.

In last week’s state election, Hasni led the Johor BN to a triumph, sweeping an unprecedented 40 out of the 56 seats contested.