The security guards were on the usual cash collecting rounds when the lone robber ambushed them. 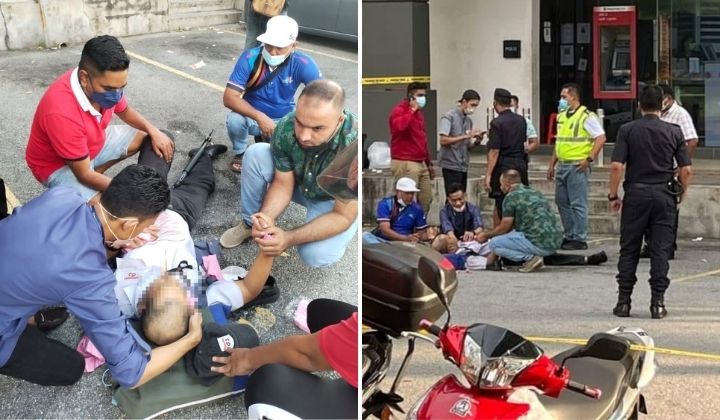 A robber shot a security guard dead in front of a bank in Puchong Prima and ran away around 5.50pm yesterday, 11 March.

According to Harian Metro, four security guards were on the cash collection rounds at the bank. After collecting the money from the first bank, they arrived at the second bank to do the same.

The three guards were in the process of depositing the money when the robber suddenly appeared. A struggle for the money bag ensued and a shot went off.

The 38-year-old suspect is believed to have used a pistol to shoot two guards in the ribs and spine. The suspect made his escape when he got a hold of a money bag.

The van driver managed to pull one of the guards who was shot in the back and drove about 1.5km away from the crime scene.

Unfortunately, the guard died in the van while the guard who was shot in the ribs was brought to the hospital for further treatment.

The police managed to track and apprehend the suspect an hour after the robbery. They found the suspect in a public area at Section 24, Shah Alam at 7pm.

The suspect had the money on him, but the police have not determined the remaining amount.

During the early investigations, the suspect brought the police to another location to recover the weapon he used to shoot the security guards.

Abd Khalid said the first bank has confirmed that their money has been accounted for while the second bank was still counting the losses.