De facto law minister Datuk Seri Wan Junaidi Tuanku Jaafar said that the government is not recognising the demand and the arbitration proceedings as the arbitrator who awarded the group had his appointment cancelled by Madrid High Court. 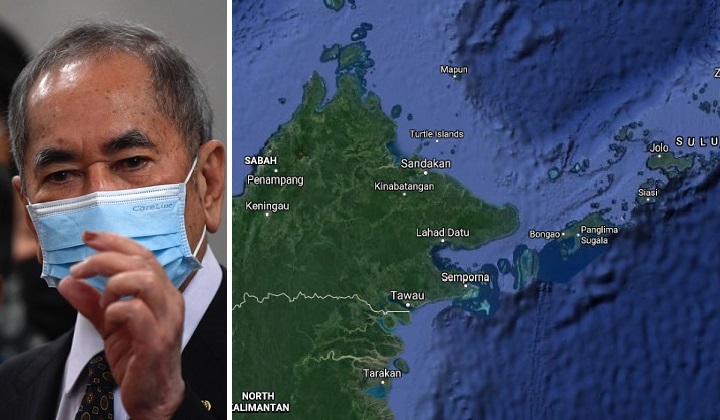 De facto law minister Datuk Seri Wan Junaidi Tuanku Jaafar insisted that the final award given to the individuals claiming to be the heirs of the Sulu sultan is invalid.

Wan Junaidi said that Spanish arbitrator, Gonzalo Stampa who issued the award to the group, had his appointment revoked by the Madrid High Court in June last year.

“Since his appointment has been cancelled and no longer valid under the law, the government is not recognising the demand and the arbitration proceedings,” Wan Junaidi was quoted by Malay Mail.

The minister in the Prime Minister’s Department was responding to a question in Parliament from Papar MP (Warisan) Ahmad Hassan who asked whether the government has sent a representative or appointed a lawyer in response.

Wan Junaidi stated that a criminal complaint had been filed against Stampa to Spain’s Attorney General of Spain on 14 December 2021 to protest his further involvement in the case.

“The appeal filed by the government has not yet been decided by the Court of Appeal in Paris, France,” added Wan Junaidi.

In February, Stampa had ruled in an arbitration court in Paris that the government must pay the descendants of Sulu Sultanate RM62.59 billion for violating a treaty signed in 1878.

The 1878 treaty, signed on Spanish soil by by Sultan Jamal Al Alam of Sulu with Baron de Overbeck and Alfred Dent of the British North Borneo Company stipulates that North Borneo (Sabah) was either ceded or leased (depending on the translation used) to the company in return for a yearly payment of 5,000 Malayan Dollar.

Malaysia had been paying the Sulu Sultanate’s heirs RM5,300 annually since Sabah joined the Federation in 1963 but has stopped the practice in 2013, following the armed incursion in Lahad Datu.