The bookmarks came with the purchase of the book about the two Malaysian Airline tragedies, MH370 and MH17. 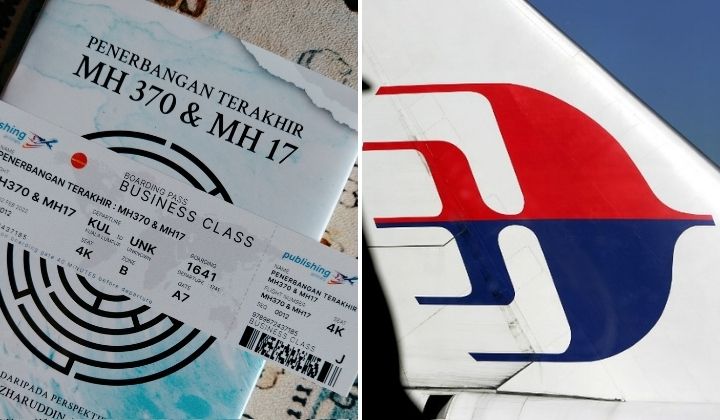 Upon a closer look, another netizen who saw the bookmark was shocked to see that it was a boarding pass for a ‘final flight’ and found the idea distasteful.

The other netizens agreed and said it was completely tone-deaf. They said it’s disrespectful and insensitive to the families of victims too.

The design of the bookmark was akin to romanticising the two greatest airline tragedies in the country.

Some said that it’s also unbecoming to profit from tragic events where many people have died too.

tiket penerbangan terakhir jadi bookmark? Seriously you want to feel like the victims or what? terrible terrible marketing

People died, and you buat money on that?

However, a few netizens saw nothing wrong with it and said the design of the bookmark matched the content of the book.

On 8 March 2014, Malaysia Airlines flight MH 370 mysteriously disappeared without a trace somewhere over the Indian Ocean.

A grand multinational search kicked off but the missing plane, even the remains of the plane, couldn’t be found. For months, there were reports of sighting plane parts in various locations around the world such as Reunion Island, Madagascar and Tanzania.

After more than a year of searching, the Malaysian authorities officially declared the incident as an ‘accident’ and everyone on board the unfortunate flight were presumed to be dead.

On 17 July 2014, MH17 was en route to Kuala Lumpur from Amsterdam before it was shot down when it flew over eastern Ukraine airspace.

All 298 passengers and crew on board instantly perished. The tragedy took place in an instant as aviation bodies did not receive any distress call from the flight before it exploded.