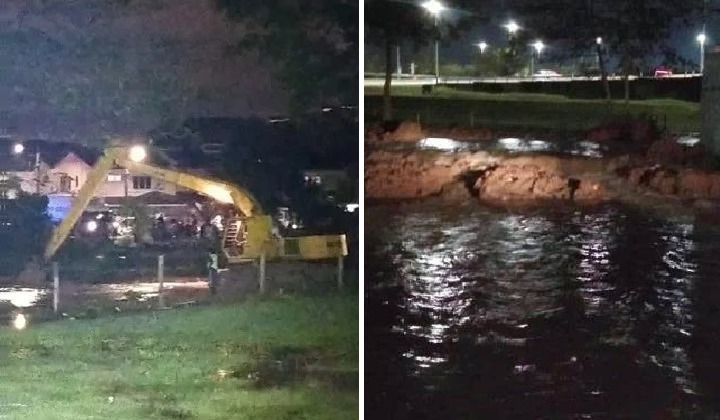 The Taman Sri Muda folks can breathe a sigh of relief as the burst bund near the water lock in the area had undergone repair work.

A heavy downpour around 5pm yesterday caused the bund to burst and the Selangor Fire and Rescue Department was alerted by the incident at 8.15pm before a team from the Shah Aam Fire and Rescue station were dispatched and arrived at the scene 14 minutes later.

“The situation is now under control and repair work is being carried out by the Department of Irrigation and Drainage (DID),” Selangor Fire and Rescue Department director Norazam Khamis said in a statement, yesterday.

He added that the Selangor Fire and Rescue Department had also mobilized five boats to the area as a precautionary measure.

Yesterday’s incident had caused water to overflow into nearby housing areas.