The affected SPM candidates must provide a declaration form, get principal’s confirmation and show their MySejahtera details to prove their status. 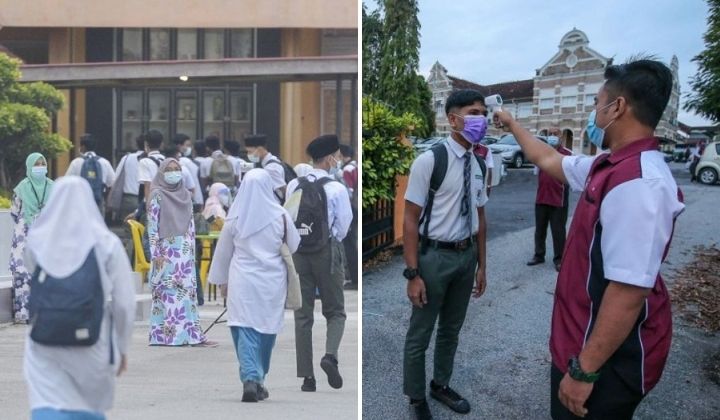 Parents and Sijil Pelajaran Malaysia (SPM) 2021 candidates who tested positive for Covid-19, are under quarantine or are close contacts, do not need to worry because they are allowed to sit for their exams in the second session in April.

Parents brought up their worries when their children who were close contacts weren’t allowed to sit for their Bahasa Melayu 1, Pendidikan Seni Visual 1 and Bahasa Melayu 2 exams today (2 March).

According to Berita Harian, Education Minister Datuk Radzi Jidin said SPM candidates with legitimate reasons would be allowed to sit for their exams at a later date.

However, the affected candidates must provide a written declaration form, confirmation from the principal and MySejahtera details to prove their status. Once they get all three approved, they are allowed to sit for their exams in April.

Recently, Radzi announced that students affected by the flood didn’t need to wear school uniforms to sit for their exams. These students should wear whatever available clothes they have at the moment in light of their situation.

The ministry also promised that the examinations wouldn’t be affected although 147 secondary schools were made into voting centres.

They have worked with the Election Commission (SPR) so that the classrooms used for exams wouldn’t be used for the polls.