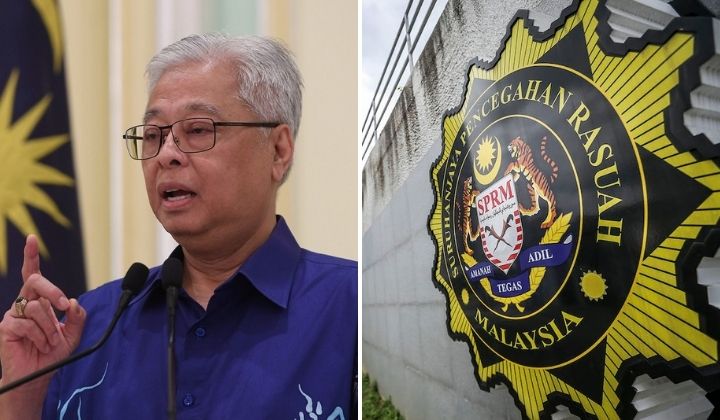 Based on the report, Malaysia’s index score deteriorated to 48 points in 2021 and ranked 62nd among 180 countries surveyed.

TI-Malaysia attributes the drop in ranking for the second consecutive year to stalled institutional reforms.

TI-Malaysia president Muhammad Mohan said there has been a lack of political will to table important legislation such as the Political Financing Bill and implement major reforms in agencies such as the Malaysia Anti-Corruption Commission (MACC).

We are moving in the direction towards a lower score, which is not very good. We should be moving in the other direction. We have dropped 5 points in three years. Some may say oh, only 5 points. No actually, the 5 points is very, very serious.

But this week, Prime Minister Datuk Seri Ismail Sabri Yaakob explained that Malaysia’s declining score was actually attributed to other matters such as human rights and our country’s laws instead of corruption.

In his parliamentary address, the prime minister said that Malaysia has different values or ideals than the rest of the world.

Actually in terms of our declining score, our position isn’t because of corruption cases but it’s also contributed by other things such as human rights for example. Maybe the views of international organizations are different from our country’s own values. But they perceive human rights based on their own values. Secondly, in terms of the need to revamp our institutions and amend laws, for example, the Political Funding Act. These are some of the demands from international organizations for us to apply in our nation.Things like the Official Secrets Act, the Election Offences Act and others. There are nine things in total that are used as excuses to score us.

Ismail Sabri went on to say that the government was serious in addressing corruption in the country.

Ismail Sabri’s response to the matter was criticised by netizens online for being inaccurate and an attempt to cover up the country’s shortcomings.

They pointed out that the human rights index was a different survey altogether. According to Human Freedom Index 2021, Malaysia did not fare any better either.

And guess where we are in that one?
Number 100 of 165 nations, fucking worse than Lesotho, Guinea-Bissau, Mozambique, Kyrgyz Republic, Liberia, Colombia, Sierra Leone, Indonesia, and Honduras pic.twitter.com/QgvN3oLTPo

Some netizens also lamented that excuses are reasons why the country hasn’t improved.

The unwillingness to acknowledge and admit the truth will not help fight corruption in the country either.

This is why this country never improve. Excuses and reason is the king here.

They will not solve the corruption problem if they are not even willing to admit it.

As always, some Malaysians turn to humour to cope with current situations and one of them said they enjoyed watching politicians going into denial mode.

A netizen jokingly asked whether the prime minister was trying to lie to himself or the people.

Despite all the criticisms, the most important question still stands: Who’s going to address the issues?