Lizara said the personal trainer made her feel uncomfortable after saying he loved her, kept asking her out on dates and touched her inappropriately. 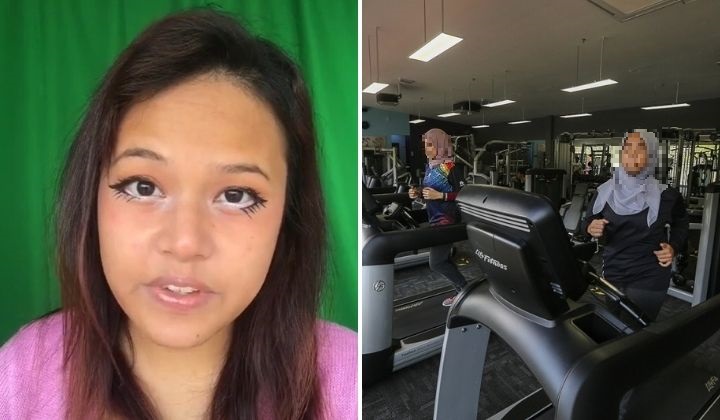 People are already feeling vulnerable when it comes to their body physique, weight and looks.

When they hire a personal trainer, they are sharing their body insecurities with a stranger and will want to feel safe too.

Unfortunately, TikTok user Lizara did not feel safe with her personal trainer at Anytime Fitness Menara Manulife in Bukit Damansara.

Lizara said her trainer made her feel uncomfortable and the incident happened two months ago. He allegedly touched her inappropriately, asked her out for dates and even said he was in love with her.

She complained to the management and he was let go.

Lizara thought that was the end of it but was mortified and traumatised when she found out he was rehired by the same gym again after a month.

She had no choice but to leave the gym because she no longer felt safe. She said the gym didn’t compensate her but she was refunded for the remaining gym sessions.

Since she spoke up online, Lizara said a few female clients reported that the same personal trainer had done the same to them.

She believes the gym kept him on because he brings many clients and profits. She has made a police report about the personal trainer too.

A full investigation is taking place

Netizens praised her for daring to speak up and hoped that she’d recover from the ordeal soon.

They couldn’t believe that the gym rehired the trainer, while others said they were glad they left the gym earlier.

A netizen angrily messaged Anytime Fitness Malaysia and managed to get a reply. According to the gym, they are carrying out a thorough investigation with police and lawyers involved.

The gym promised to take any allegations of sexual assault seriously. They encouraged staff and gym members to speak up if their sense of safety has been compromised.

Anytime Fitness stated they couldn’t release any further details about the allegations until after investigations are completed.

TRP has reached out to Lizara and Anytime Fitness Malaysia for comments.

I saw on Tik Tok this woman talking about being sexually harassed by her trainer at a gym called Anytime Fitness in KL. The trainer was then fired BUT re-hired again after 1 month. I texted them on Instagram angrily for a response and here goes: pic.twitter.com/FjneG5yYI0

Lizara said a representative from Anytime Fitness Asia contacted her a few days ago to apologise for what happened and said the trainer is no longer working for the gym.

A warning has also been given to the upper management who rehired the gym trainer. Anytime Fitness will include training for cases like these in their Learning and Development program as well.

Lizara clarified that she only lodged a police report after finding out that the trainer was rehired. She chose to give him a warning instead of pressing charges.

Moving forward, Lizara and Anytime Fitness Asia will be working together to create content to improve the fitness industry as a whole, especially in matters regarding sexual harassment and personal trainers.

You can listen to her full account of the ordeal on her Youtube channel, where she also described how she was inappropriately touched and her worries the entire time.