Uncle Roger tried to promote his HAIYAA World Tour with humour but the reception was cold. 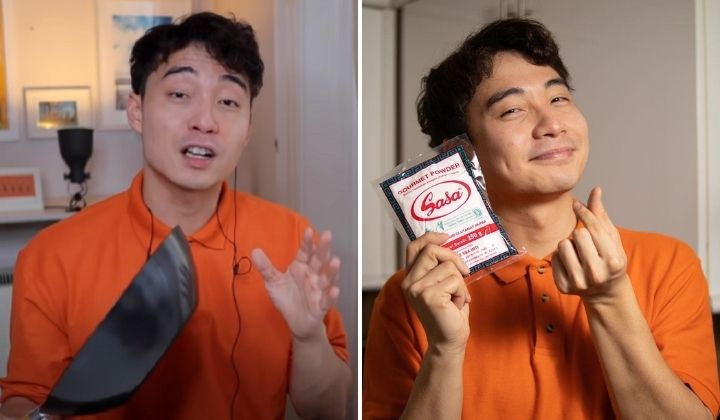 Uncle Roger, who is currently on his HAIYAA World Tour Talk Show, promoted his show in a tweet on 24 February and jokingly said he’ll be adding Ukraine tour dates too.

He ended the tweet by telling his followers to stay tuned for more announcements and updates.

Making such joke when people are suffering. Wow pic.twitter.com/RnCiYEvQpE

His jokes did not amuse netizens at the moment due to the ongoing Russia-Ukraine crisis.

They find that his joke was unsympathetic and offensive to the plight of Ukrainians who did not ask for a war. They also took a screenshot of his tweets as proof.

Tell that to the kids of Ukraine who may not make it through the night👎.

No excuse. It's not funny at all you build your "comedy" on someones' suffering.
You should apologize.

To add salt to the wound, Uncle Roger didn’t offer a proper apology but a half-hearted statement.

Instead, he wrote, “Oops! Sometimes what’s funny in your head isn’t that funny in real life” and promoted his podcast.

He then said but hey come check out my funny podcast! Nuts pic.twitter.com/acR8v0NO4N

However, some who disagreed provided arguments why it was wrong to call it dark humour and said the others should find better jokes.

@Alienated_DID first posted this but it explains it perfectly. it is not dark humour so please find something that is actually funny. pic.twitter.com/uufBZaKcqs

A few netizens accepted his statement as an apology but some believe it does not constitute one.

Some of them felt that Uncle Roger’s ‘apology’ was as bad as the joke and did not show his understanding of why his joke was in bad taste.

They believe the least Uncle Roger could do is to say he’s sorry instead of sending a half-hearted tweet to acknowledge his mistake.

Oops? This 'apology' is almost as bad taste as the 'joke'

The least you could do is apologise and not whatever this half-assed tweet is. Also how is this funny at all in your head, care to share with the class? 🎤 also to others here if you are not directly affected by the war, it is not up to you to “accept” this “apology”

A listener of Uncle Roger’s Rice To Meet You podcast said they were not surprised to see him getting criticised.

They added that it was only a matter of time before he gets cancelled.

As a listener of Rice To Meet You podcast, I am not surprised. We all know he will eventually get cancelled in the future, it’s just a matter of time. (And I think he likes the attention he’s getting).

One thing is for sure; Uncle Roger should learn from this experience and maybe run his jokes in his close circle first.

Freedom, Justice And Self-Determination Are Not Only For Europeans With Light Skin And Blue Eyes [Opinions]

There May Be Malaysians Still In Ukraine, Foreign Affairs Ministry Will Help Where They Can