His song ‘Di Sebalik Pintu Besi’ is still in need of a sponsor. 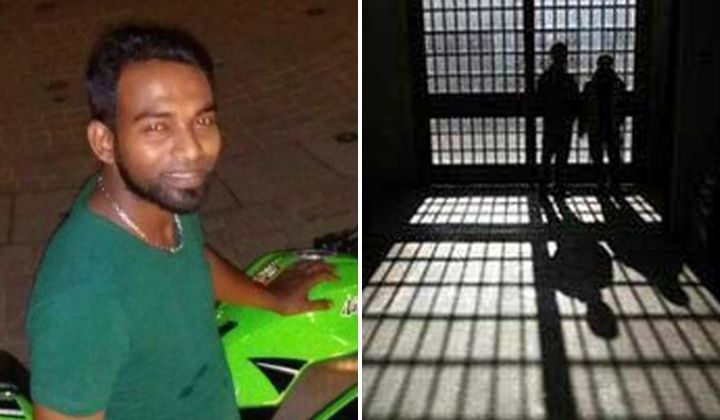 Pannir turned a lyricist behind bars when he was convicted for drug trafficking in May 2017. His first song titled ‘Arah Tuju’ was brought to life by Malaysian artist Santesh Kumar and produced by NGO Sebaran Kasih. It was released in April 2021.

His second and current song titled ‘Di Sebalik Pintu Besi’ aims to give hope to other death row inmates. The song provides these inmates hope that there was light at the end of the dark, painful and lonely tunnel of solitary confinement.

Pannir’s sister Angelia Pranthaman, 27, has not seen him in two years due to travel restrictions in the past years. She’s currently handling the song’s release on his behalf and is still looking for sponsors for the production of ‘Di Sebalik Pintu Besi.’

Despite not having sponsors yet, they have set the song to hit Malaysian airwaves at the end of March. The song will feature DJ Dave, Kidd Santhe and Pastor Prince Jon.

What’s unique about the song is that it will feature DJ Dave, Kidd Santhe and Pastor Prince Jon to bridge the intergenerational struggles of pain and loneliness on death row with room for hope.

The song was also written in hopes that it would lend to the campaign to abolish solitary confinement and the death penalty in Singapore and Malaysia.

Malay Mail reported in 2019 that Pannir was convicted of trafficking 51.84g of heroin at Woodlands Checkpoint in September 2014. He was not certified as a drug courier but was sentenced to death in Singapore in May 2017. His family has submitted various clemency petitions since then.

According to Malaysiakini, Angelia said the clemency appeal to Singapore’s President Halimah Yacob was the most daunting stage because it was the final avenue to plead for one’s life. If rejected, Pannir’s looming execution would be definite.

She hopes Pannir will be given a second lease of life so he could continue writing songs to create awareness of the dangers of drugs and trafficking.

He hoped to carry out more projects and write more songs from the prison’s general population.”

Malaysiakini reported that there are a few Malaysians facing the death penalty in Singapore, namely, Nagaenthran Dharmalingam and Pausi Jefredin.

Adpan executive director Dobby Chew said psychiatrists had diagnosed Nagaenthran and Pausi to either suffer from an intellectual disability or borderline intellectual functioning.