The dangerous motorcyclist didn’t like getting honked at and threw a spanner at the Toyota Vellfire. 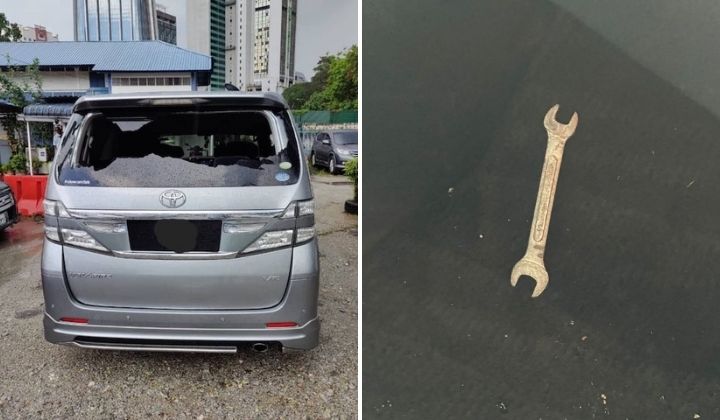 A Toyota Vellfire driver got a shock when a motorcyclist, who tried to cut him off, threw a spanner at his car and cracked the window on Monday, 21 February.

Majoriti reported that the incident took place at Jalan Kuching in Kuala Lumpur and was recorded on dashcams.

However, the motorcyclist got angry and showed a middle finger before throwing a spanner right at the car.

The spanner shattered the rear window of the Vellfire to the shock of the driver. The driver lodged a police report around 4pm.

The police managed to track down the suspect via his motorcycle number plate at Taman Wangsa Melawati at 3.30pm on Tuesday (22 February).

According to Sentul police chief Assistant Commissioner Beh Eng Lai, the 38-year-old suspect has no criminal records and the case will be investigated under Section 427 of the Penal Code for committing mischief and damage.

If only the motorcyclist practised some patience, he could have avoided all of this trouble.