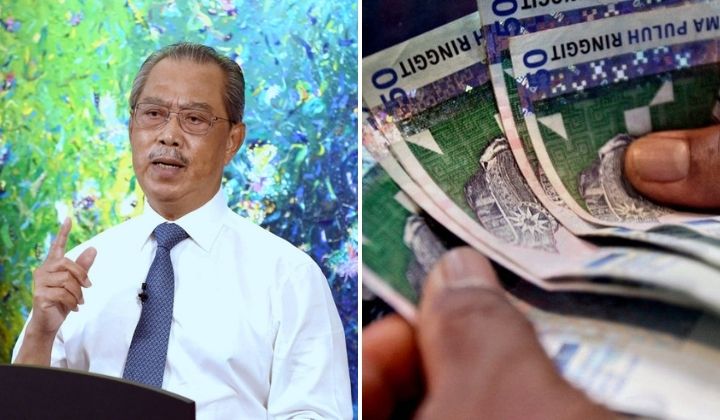 Bersatu president and former prime minister Tan Sri Muhyiddin Yassin recently shared that Malaysia’s finances are not as rosy as they had been made out to be but he’ll reveal details in due time.

During the official launch of Perikatan Nasional (PN) in Johor on Friday, 18 February, Free Malaysia Today reported Muhyiddin hinting that the country’s treasury is far stretched after weathering the twin economy crises and the pandemic.

Yesterday (17 February), I asked for a report from the finance minister Tengku Zafrul Aziz. One day I will expose the state of our finances. I was once there (as the prime minister). How much longer can we keep this up? Is our annual revenue enough to pay salaries, development? Is there enough to pay pensions, which is huge.

However, he did not elaborate more for now but allegedly said the financial crisis is the biggest challenge at the national level.

According to Muhyiddin, countries such as Vietnam and Indonesia are leapfrogging Malaysia in economic development and the government’s ‘business as usual’ attitude isn’t securing the nation’s future.

During his speech, Malaysiakini reported that Muhyiddin also told Felda (Federal Land Development Authority) folks that they don’t need to feel indebted to Umno which was responsible for setting up much of the Felda settlements in rural areas.

This was because the Umno they knew died in 1988 when it was deregistered due to an internal clash. The dominant faction formed Umno Baru and was renamed Umno again.

Muhyiddin also criticized Umno for triggering a snap election in Johor although there was no threat to its government in the state.

He said Johoreans must think about the country’s finances and the prospect of Barisan Nasional (BN) having its hands on the federal purse again in the coming Johor state elections on 12 March.

It is an unusual and extraordinary time we live in, not just for Johor, but the country. We have to repair a spoiled country. I can’t imagine what will happen in the future.

No economic facts were hidden

Regarding the report given to Muhyiddin, Finance Minister Tengku Datuk Seri Zafrul Abdul Aziz said he did not hide any economic facts.

In a statement on his official Facebook today (20 February), he said the facts in the report have been repeatedly said to Cabinet and the public.

The facts in the report are facts that have been said repeatedly to Cabinet and the public. I have never hidden anything in any press statement, explanations in any forum, answers in Parliament or in reports to agencies like Bank Negara. As the NRC chairman, he (Muhyiddin) needs reports to make the right decisions to help the Prime Minister to bring Malaysia to post-Covid-19 recovery.