The policeman tried to block the other driver’s path by driving dangerously on the busy road too. 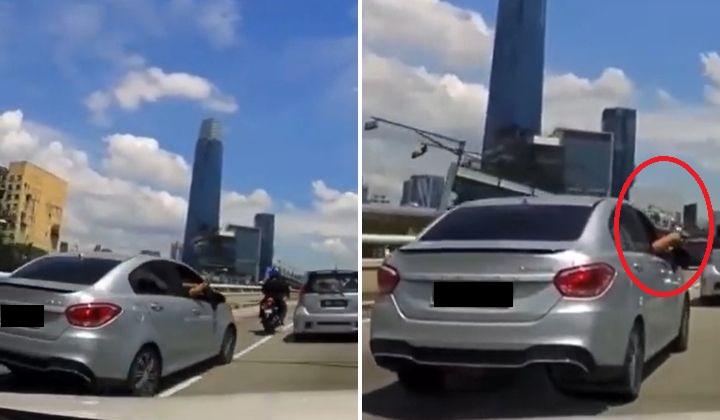 Recently, a viral video showed a man in a silver Proton Persona brandishing a pair of handcuffs to threaten other road users while driving dangerously.

The incident is believed to have taken place at Jalan Yew before joining Jalan Tun Razak, as reported by Wapcar.

In the video, the driver of the Proton Persona could be seen trying to cut into the path of the car with a dashcam.

After managing to cut in, the driver brandished a pair of handcuffs from the window and tried to provoke the car behind him by suddenly braking on the busy road.

He continued blocking the path by driving in the middle of the road and occasionally drove in a zig-zag manner.

According to Free Malaysia Today, the police have confirmed that the driver is a policeman.

An inquiry paper has been opened to investigate the officer on the aspect of discipline and integrity.

Netizens were unhappy with the incident because the policeman’s behaviour endangered other road users and it was akin to road gangsterism.

They also said the policeman would most probably be transferred to another department.