The man was disappointed that his ex-girlfriend has found another man. 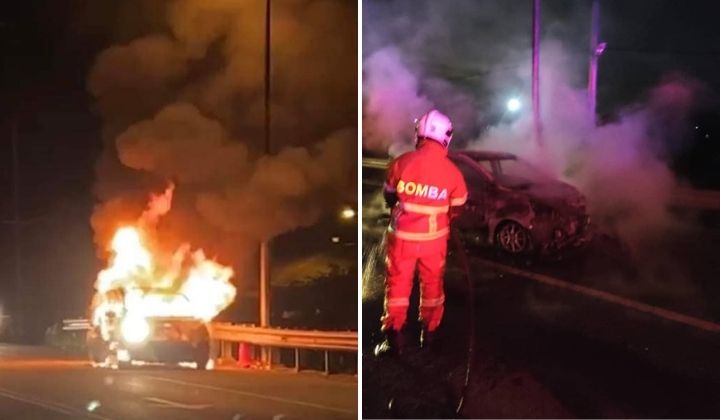 A man shocked netizens when a video showed him walking out of a burning Perodua Alza with fire on his body.

According to Buzzkini, the incident took place on Wednesday, 16 February at 8.45pm along Jalan Baru Kampung Syed Omar, Bintong.

The man was rushed to Hospital Tuanku Fauziah and reportedly suffered 80% burns on the body.

The man set himself on fire because he was disappointed that his ex-girlfriend have moved on and found a new boyfriend.

The 28-year-old victim’s family have come forward and shared that he was a psychiatric patient who was still undergoing treatment.

Prior to this, he has tried to commit suicide twice in January and a few days ago but was saved by his family.

The victim’s father told the police that his son drank petrol around 8.45pm before leaving the house with his car.

He was suspicious and worried about his son’s behaviour and lodged a police report at Kangar police station.

When he reached the police station, he was informed that the police found a burnt car at the Kampung Syed Omar bridge.

He confirmed it was his son’s car when he got to the scene.

According to Sinar Harian, the victim has passed away due to the burn injuries sustained.

If you or anyone you know is facing mental health issues, please don’t be shy to seek professional help. You can contact the following numbers for support: