The chickens sold at a lower ceiling price at PKPS centres will be on a trial run for two weeks. 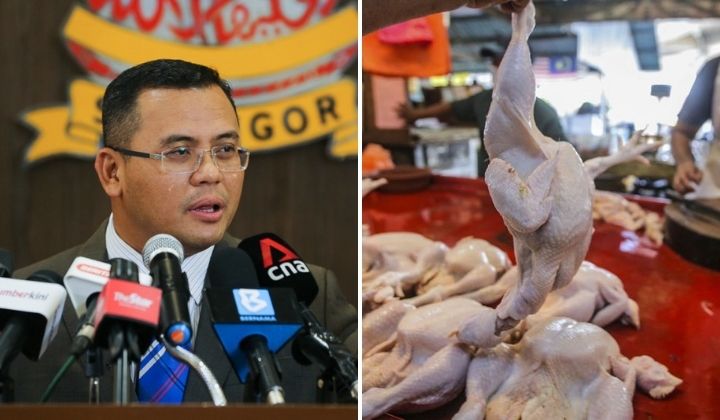 Selangor Menteri Besar Datuk Seri Amirudin Shari has announced that the state government has allocated 50,000 chickens to be sold at RM8 per kg.

It’s lower than the ceiling price that has been set nationwide by the federal government.

Under the state government’s Ehsan Food Intervention Programme, the Selangor Agriculture Development Authority (PKPS) will use the RM1 million allocations to bear the cost of subsidising the price by reducing store rental charges, as reported by Astro Awani.

In the first phase starting next Monday (7 February), the chicken with the lower ceiling price will only be sold at PKPS-owned premises for two weeks on a trial run.

For starters, customers get to buy chicken at a lower ceiling price at the Selangor Wholesale Market (Pasar Borong Selangor) in Seri Kembangan and Wisma PKPS in Shah Alam.

The programme will be expanded to other localities in Selangor based on the scheduled timetable and response from the public.

Each customer can only buy two whole chickens per transaction, seeing that PKPS can only ready 540,000 chickens in three months to be sold.