The suspects aged 21 to 33 years old were involved in a fight involving more than 10 people. 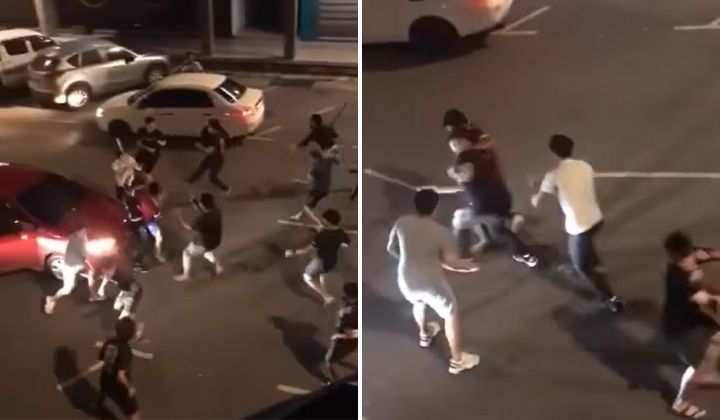 Nine individuals suspected of being involved in a fight involving a samurai sword in Tawau have been remanded for 4 days until Tuesday.

According to Harian Metro, Magistrate Dzul Elmy Yunus said the suspects are between 21 to 33 years old.

The case is being investigated under Section 148 of the Penal Code for rioting.

A viral video showing the fight on Friday (28 January) reportedly took place at Kubota Square around 12.30 am.

It first started with a quarrel between two men before one of them threw a punch and a fight broke out between the two groups.

The situation deteriorated when a man started slashing away with a long blade that was said to be a samurai sword.

The reason for the fight was not explained or given by the authorities.

Netizens praised the police for their quick action. Some of them said it served the suspects right to be caught.

They even want these people to stay imprisoned for a while.