And then there’s also the Omicron season! 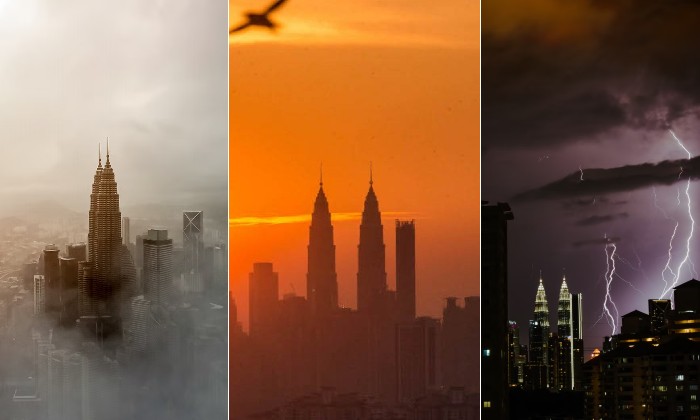 The Malaysian Meteorological Department (METMalaysia) announced several notable weather phenomena that are predicted to take place across the country which includes episodes of regional haze, periods of drought and thunderstorms.

First up, the department predicts that the northern region of the peninsular will be shrouded by haze and smoke from 26 January that would persist till 29 January.

This is due to forest fires that are said to be occurring in Cambodia.

MetMalaysia’s weather models identified as many as six “hotspots” that are likely to have a significant effect on the country’s air quality.

Next, MetMalaysia issued a significant weather prediction for periods between 28 January to 3 February.

The department said that states in the northern and eastern regions of the peninsular are likely to experience hot and dry weather.

Meanwhile, wet and stormy weather is predicted to occur on the west coast and central region of the peninsular, especially in Selangor, Kuala Lumpur, Putrajaya, Negeri Sembilan, Perak and Melaka.

Rain and thunderstorms are also predicted to occur in the western region of Sabah as well as the northern and central regions in Sarawak.

These storms are likely to take place during the early and later parts of the evenings.

MetMalaysia’s long term weather analysis determined that Malaysia is now in the midst of the North-East monsoon season that began from November 2021 and would continue till March this year.