The rally was initially planned to be held outside Sogo shopping mall. 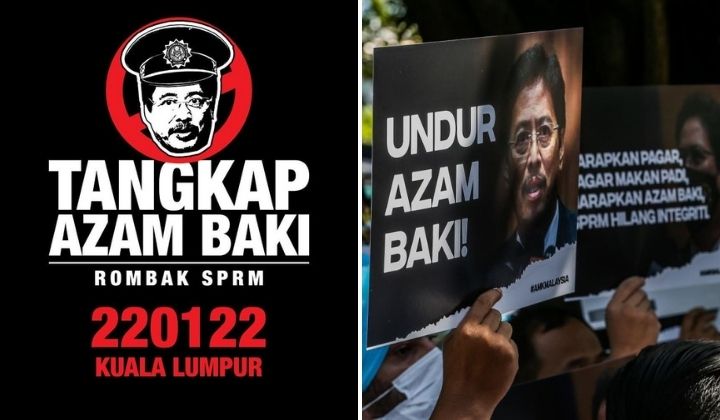 However, Azam denied any wrongdoing as the shares were bought by his brother, who only used his name.

The Securities Commission said based on the evidence gathered, there were not able to conclusively establish that a breach under section 25(4) of the Securities Industry (Central Depositories) Act 1991 (SICDA) has occurred.

The lack of action taken against Azam Baki started a peaceful protest rally #TangkapAzamBaki. The rally organisers are supported by 33 NGOs and 11 political groups.

Initially, the rally was planned to take place outside Sogo shopping mall but it has been moved to Jalan Bangsar near the Bangsar LRT station on Saturday, 22 January, as reported by Malaysiakini.

Due to this, the police has announced the closure of six major roads around the city centre and temporary suspension of 24 selected stations across all rail lines – the LRT Ampang-Sri Petaling line, LRT Kelana Jaya line, MRT Sungai Buloh line, monorail and KTM.

The six major roads affected are:

Three demands from the rally

The organisers of the #TangkapAzamBaki rally has outlined three demands.

Based on a report by Free Malaysia Today, the three main demands are:

Rapid KL announced that the train services that have been temporarily suspended due to the peaceful protest rally have resumed in stages starting 11.30 am today.