Both women have made great strides in their respective industries. 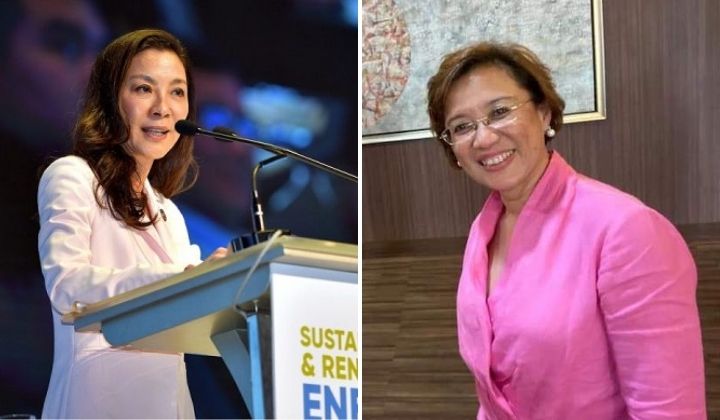 Forbes has published the 50 Over 50 Asia list on 11 January 2022 to celebrate the achievements of Asian women in leading the way in their respective industries throughout the Asia-Pacific region.

Among the admirable women who made the list are two Malaysian women. They are Tan Sri Dato’ Michelle Yeoh and Professor Dato’ Dr Adeeba Kamarulzaman.

She’s an infectious disease expert specializing in HIV/AIDS. Previously, she was the Dean of the Medical Faculty of Universiti Malaya and an Adjunct Associate Professor at Yale University, USA.

Professor Dato’ Dr Adeeba Kamarulzaman also set up Malaysia’s Center of Excellence for Research in AIDS and is currently the chair of the Malaysia AIDS Foundation.

In 2020, she was elected as the first Asian president of the International AIDS Society.

In 2021, she was appointed as a member of the WHO’s Science Council, a group that advises on scientific and technological advances impacting public health on a global scale.

While Tan Sri Dato’ Michelle Yeoh is famously known for her role as an actress, she is a trained ballet dancer and was formerly Miss Malaysia 1983.

She further gained popularity when she starred in Hong Kong action movies in the ’90s and was known for performing her own stunts.

Some of her more critically acclaimed works include being a Bond girl in Tomorrow Never Dies (1997) and Crouching Tiger, Hidden Dragon (2000).

Her recent works include playing the fearsome matriarch Eleanor Young in Crazy Rich Asians (2018) and her appearance in Marvel’s Shang-Chi and the Legend of the Ten Rings (2021).

Her upcoming project is co-producing a television series based on the 1MDB scandal.

Looking back at all of their achievements, both women have shown that everyone can achieve their dreams with hard work and tenacity.

Floods: Michelle Yeoh Goes Down To The Field To Join The Cleanup Work