The pharmacist told the patient to drive to the hospital every two weeks to collect the medications in person. 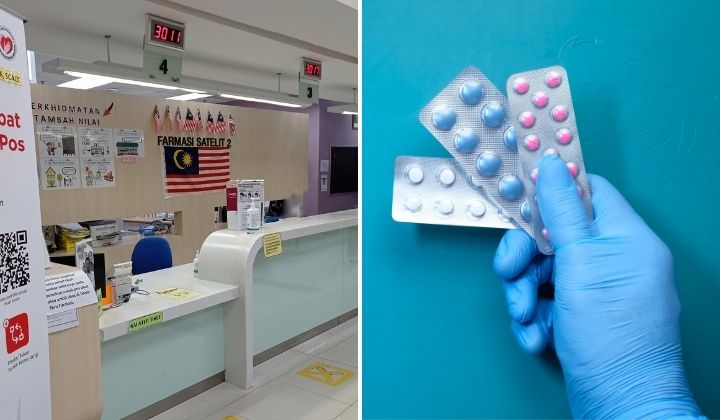 A Facebook user Syafarizal Sharif recently shared a bad customer experience with a pharmacist at Hospital Kuala Lumpur (HKL) which has gone viral with 5k shares and 15k likes.

He was at the hospital pharmacy on 10 January when he was allegedly told he had to pick up the medication every two weeks in person until June.

Since he lives in Sungai Buloh, he asked them to arrange the send his medication to his home using MyUbat as he usually does.

The pharmacist on duty at the time allegedly told him that he can’t do use MyUbat for that anymore and he has to show up in person at HKL to collect the medication.

When Syafarizal pointed out that he was able to use MyUbat to get his medications the week before, the pharmacist denied this and insisted that he can’t use MyUbat.

Syafarizal explained to the pharmacist that the government recently launched MyUbat as a convenient way for patients to get their medications.

On top of that, Syafarizal suffers from Allergic Anaphylaxis Type 1 and he can go into Anaphylactic Shock if his medicine supply is cut off.

The pharmacist rudely replied, “Not my problem” before turning around to talk with their colleagues and told Syafaizal to get his medicines from another hospital.

Syafarizal got angry and decided to record the second round of conversations. He even got the pharmacist’s name and told the pharmacist he’ll bring it up with the Health Ministry (KKM) and the director of HKL.

The moment he got home, he received several calls from the hospital. Another pharmacist called and requested not to bring the issue up with KKM.

When Syafarizal kept denying their request, the pharmacist offered to post his medications if he returns to HKL to fill in the necessary details in MyUbat.

Syafarizal said it’s not his problem and they can discuss it with KKM on their own.

He also told them off and wondered how many patients suffered or died due to this bad behaviour from pharmacists.

Netizens agreed the matter should be reported

Netizens were angered by the whole encounter and were shocked by the pharmacist’s behaviour.

They agreed that the matter should be reported to the Health Ministry because it concerns the level of care for patients.

A few netizens felt bad for the patients who couldn’t argue with the pharmacist, especially the elderly.

They have no choice but to show up in the hospital every few weeks to collect their medications.

Hopefully, this matter will be resolved soon so the care for the other patients won’t be neglected.

We have reached out to HKL and KKM for comments.

HKL has come up with an official statement to explain that it was a misunderstanding between the two parties.

It appears that some medications can’t be delivered using MyUbat due to a stock shortage.

The medication can only be delivered using MyUbat if the medicines have been packed 2 weeks before the date the customer is due to receive it.

HKL clarified that the usual delivery service will be resumed once the medicine stock returns to normal.

The pharmacist in question has been identified and HKL promised a similar incident will not take place again.

There’ll be service improvements to be made at all service counters too.