The initiative by the police was welcomed by flood victims who were still in shock or had no time to make a police report in person. 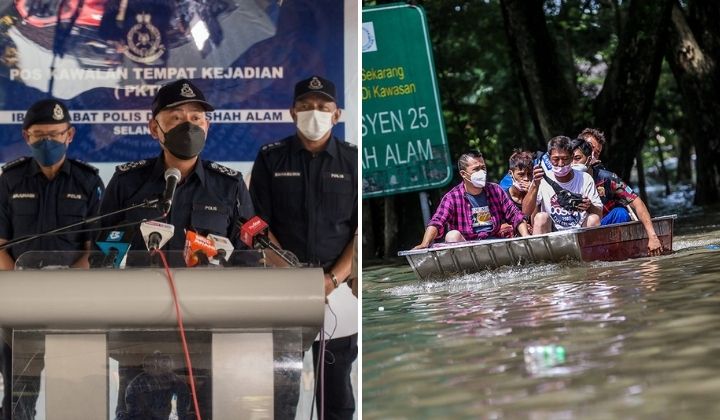 Our policemen have been praised for going over to the temporary relief centres in the Sepang district so that the victims can make reports about their damaged properties caused by the recent floods.

According to theSundaily, one of the flood victims named Jaafar Selamat, 64, said the gesture was most welcome because the police presence made it easier for those who didn’t have time to lodge a report at the police station to do so now.

He also said he was grateful that the Raja Permaisuri Agong Tunku Azizah Aminah Maimunah Iskandariah visited them at the relief centre on Sunday.

We hope our plight gets equal attention and hope the government aid can be sent to us quickly because I have nothing left.

Another flood victim, Rosmawati Juhari, 53, was still in shock by the disaster and said she lost everything in the flood.

She had to quickly leave the house with her four children in waist-deep waters at 2 am on Saturday while being led by the light of her handphone.

She said the initiative by the police to take reports at relief centres is helpful for those who are still in shock like her.

At least, the effort gives us peace of mind because many are still not able to go to the police station to lodge their reports.

Dengkil police station chief, Inspector Sallehuddin Sulaiman, said his men will take the reports manually so that the process is shortened.

He added that he expects the Dengkil police station to receive 10,000 flood-related reports involving the destruction of property.

To cope with the task, he said that applications for three more computers and printers have been sent to Bukit Aman.