The woman managed to stop the thief from driving away in the lorry with some help from friends and her niece. 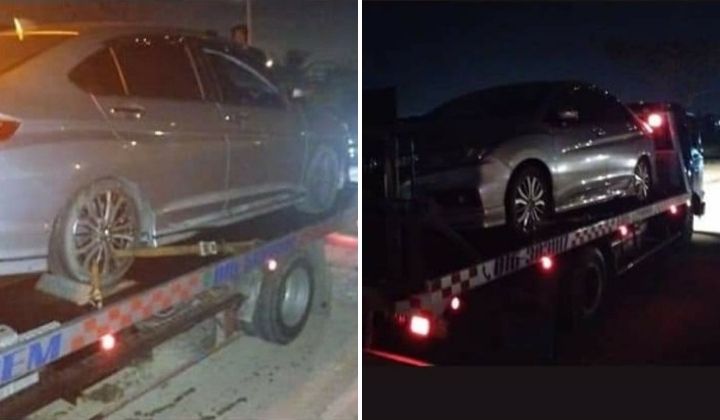 The flood has stranded many cars on the road and the victims are forced to leave their vehicles behind to get to safety.

Unfortunately, some irresponsible parties have used this opportunity to hijack and steal these cars, and perhaps strip them for parts.

This ‘scheme’ was uncovered when they tried to steal a netizen’s car near AEON Big, Section 13 in Shah Alam.

Instagram user @wangi_by_cinta shared on her Story how she managed to stop the thief from stealing her Honda City.

Her car was already moved onto the lorry when she realized what happened. Together with her friends and her niece, they managed to block the lorry from driving away.

It seems like the thief has been apprehended by the police. @wangi_by_cinta added that the thief managed to steal 23 other cars before attempting to steal the Honda City.

One of the netizens ran the lorry’s plate number and found that it’s fake.

After this incident, she advised others to take back their cars from the road to prevent other car thieves from stealing theirs.

Netizens were angry at the car thief and hoped that the person will be punished accordingly.

However, a netizen said it’s better for the thieves to steal the flooded cars because it’s covered by insurance.

They also implied that some car owners might be in on it too just to claim insurance.

While desperate times call for desperate measures, stealing is still wrong in the eyes of the law.

Hopefully, this incident will not happen to any of us.