Omicron variants have a shorter incubation time than other variants. 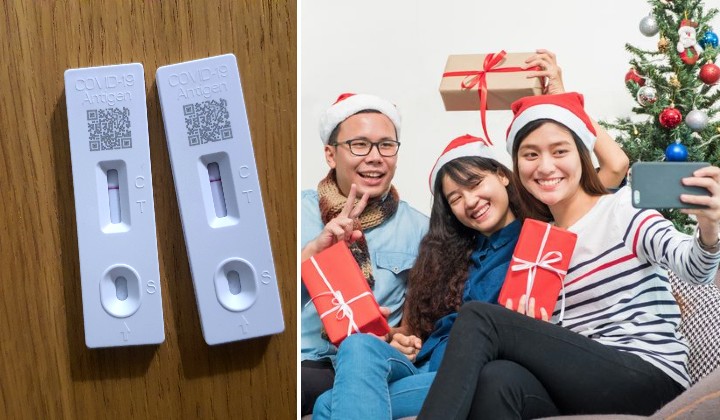 The government has only recently announced that year-end festivities and gatherings are limited to only small family groups, not large mass parties.

Additionally, every attendee must conduct a Covid-19 self-test before the gathering, which (naturally) must show negative.

Billy Quilty, a infectious disease epidemiologist based in London, took to Twitter to showcase exactly how fast the infection sets in.

A demo of how fast you can turn positive:

Do LFTs *just* before meeting up. pic.twitter.com/3zM2rDkoa7

In the Tweet, he shows 4 self-test kits, each taken just mere hours apart.

Within 12 hours, Billy’s test results went from negative to positive: if he had merely taken the test the morning before a gathering, he could have been spreading the virus unknowingly to everyone who attended it.

Hence, he urges everyone to only do their self-test right before leaving for a gathering.

THE THIRD TEST IS POSITIVE.

However, sharp-eyed Twitter users have noted that the third test as shown in the image does actually show a positive result as there is a very faint line of red if you look carefully.

The test already has detected the proteins, and test kit instructions note that ANY LINE, no matter how faint, is considered a positive result.

Self-test 1-2 hours before, no earlier

New findings show that the Omicron variant have a much shorter incubation period than previous strains, meaning that they show infectivity much quicker.

Essentially, this also means that self-tests taken 1 or 2 days before an event are no longer enough.

While previously self-test kits can be taken a day before, it is now encouraged to do the self-test a mere 1-2 hours before the event for the most accurate result.

This is particularly important for the upcoming festivities to prevent an outbreak.