Reports noted that Citibank and KFH have issued notices of the RM1 fee coming back effective 1 February 2022. 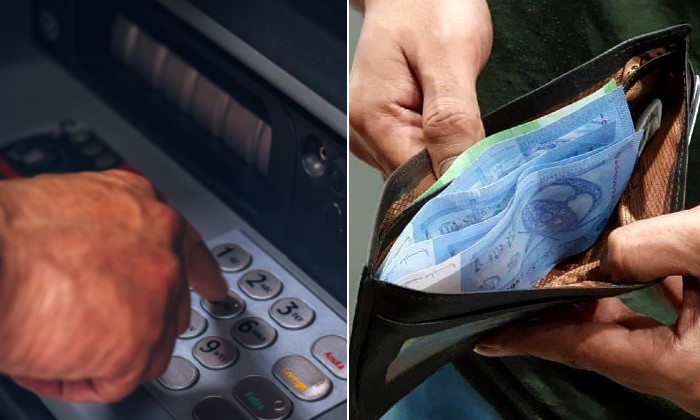 So in mid-2020, the government gave the order to all banks in Malaysia to temporarily waive the RM1 fee charged when we make inter-bank cash withdrawals at an automated teller machine (ATM).

This was done to keep the rakyat from having to move around so much during the height of the Covid-19 crisis and the MCO period and let them withdraw cash at any and all ATMs, that are closer to them without being charged.

The move was also done to keep people from crowding at banks and ATMs during the pandemic.

But word around the financial block is that this temporary waiver period may be coming to an end by early-2022.

An article published by RinggitPlus sighted a notice from Citibank stating that the RM1 charge for inter-bank cash withdrawal would be reinstated effective 1 February next year.

The same was noted in a story by Rnggt, which stated that a similar notice was announced by the Kuwait Financial House (KFH) bank.

However, news of the return in fees have already spread across cyberspace as netizens debate if customers need to pay such charges in the first place.

Opinions online indicated that netizens generally disagreed that they should be charged for making a simple cash withdrawal at an ATM that wasn’t with their own banks in the first place.

While some say that the charge was simply unnecessary and still expensive, others shared their grief with their banks and financial providers about the limited availability of ATMs in their areas, especially in the more rural parts of Malaysia.

“I agree if the RM1 charge for inter-bank ATM withdrawals is repealed altogether,” wrote one commenter.

“Can’t they give discounts first, maybe start with 20 sen or 50 sen fee,” noted another.

Another netizen said that “in rural areas, sometimes there is only one single ATM. The people who withdraw cash there are not from the wealthy. RM1 may be small to us, but what about them?”

Meanwhile, some were already making mental preparations for their upcoming financial transactions as rumours of the reinstallment of the fee continue to spread.

One consumer was already considering turning to zero-cash payment methods and e-Wallets to go about their spending.

While another netizen noted that “if want to save RM1, have to queue up at associated ATMs lah.”