He rode all the way to her apartment and set her car on fire out of spite. 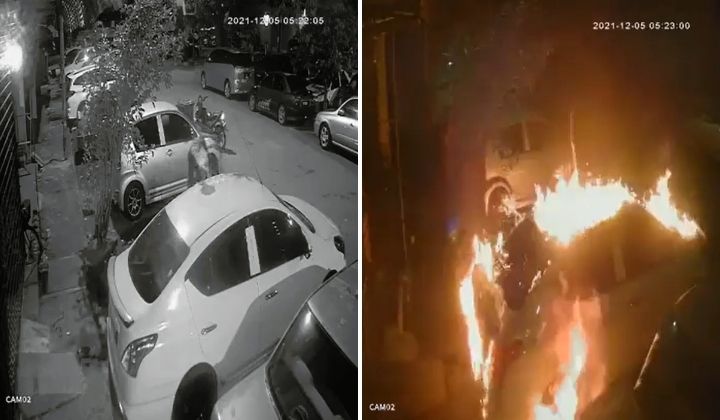 People do stupid things for love but when their hearts get broken, they do madder things.

Last Sunday, a man set a woman’s car on fire after she didn’t reciprocate his feelings.

The 29-year-old man, who felt jilted, made his way to the apartment in Taman Bukit Serdang, Kuala Lumpur and poured oil on the car before setting it on fire with a lighter.

According to Free Malaysia Today, the incident which took place around 5.20 am caused the other car that was parked beside the targeted car to be destroyed as well.

According to Serdang district police chief A A Anbalagan, a neighbour who saw the car go up in flames alerted the woman.

By the time she got downstairs, the firemen managed to put out the fire.

Based on investigations and CCTV recordings, the police managed to apprehend the suspect at Bandar Kinrara, Puchong.

The suspect has no past criminal records and tested negative for drugs in a urine test.

He’ll be remanded for five days until Friday and the case is investigated under Section 435 of the Penal Code.