It was detected in a student from South Africa who travelled from KLIA to Ipoh. 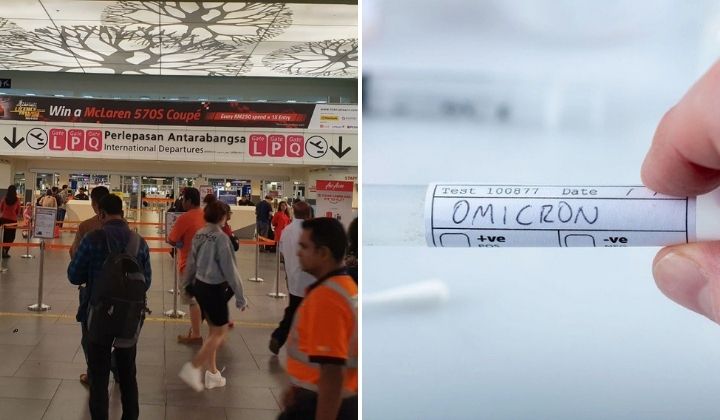 After the announcement of the new Omicron variant last week, Health Minister Khairy Jamaluddin reports today (3 December) that the first case of Covid-19 variant Omicron has been detected in Malaysia.

According to The Star, the case involved a non-citizen traveller from South Africa via Singapore on 19 November.

The traveller is a 19-year-old student studying in a private university in Ipoh, Perak and underwent the RT-PCR Test upon arrival at KLIA and travelled to Ipoh using the university bus.

The student is self-isolating in the accommodation provided by the university in Ipoh.

According to Malaysiakini, five other people who were on the bus together with the student are quarantined as well.

Travellers arriving at KLIA from high-risk countries will wear tracking device throughout their quarantine period.

When the world first heard of Omicron

Since South Africa reported about the Omicron variant, some countries including Malaysia have imposed a travel ban to seven African countries.

However, the World Health Organization recommends enhanced surveillance and sequencing of cases, while maintaining effective public health measures instead of imposing travel bans.