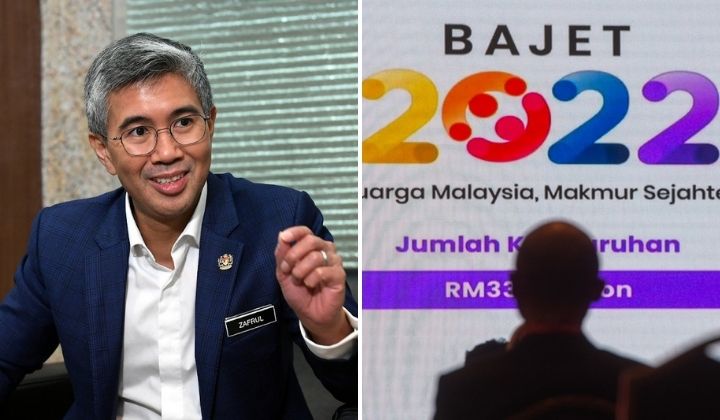 Finance Minister Datuk Seri Tengku Zafrul Tengku Abdul Aziz defended Putrajaya’s decision to set aside a larger share of next year’s federal budget for Bumiputera communities and called the criticism against it “disheartening.”

Tengku Zafrul also accused critics of cherry-picking portions of the budget plans for seemingly prioritising the Bumiputera community at the expense of non-Bumiputeras.

He said that Budget 2022 is colour blind and was formulated to embody the Keluarga Malaysia spirit.

He also explained that the Bumiputera community make up 70% of the population in Malaysia, including indigenous groups from Sabah and Sarawak, and the Orang Asli.

Although the Bumiputera community is the majority, they still trail behind ethnic Chinese and Indians in equity ownership and median income.

Based on these data, Tengku Zafrul said it’s essential to help the dominant community so that the country will thrive as well.

Tengku Zafrul added that the different percentages in budget allocations roughly reflect the population demography in Malaysia and it does not imply that the non-Bumiputera communities are overlooked.

For example, he pointed out that non-Bumiputeras own 80% of the small and medium enterprises (SMEs) and about 20,000 SMEs are expected to benefit from RM11.2 billion allocated in Budget 2022.

Non-Bumiputera companies are also expected to benefit significantly from wage subsidies included in Budget 2022 for specific sectors. The wage subsidies will help employers retain their employees to keep their businesses afloat.

Bumiputeras are only primarily involved in the informal and micro-segments of the business community in Malaysia.

A survey found that only 44% of the 500,000 micro enterprises owned by Bumiputeras.

Taxing Vapes Is Better Than Leaving It Unregulated