The mother-and-daughter pair have been in jail from January until May, even after tests cleared them of any ‘drugs’. 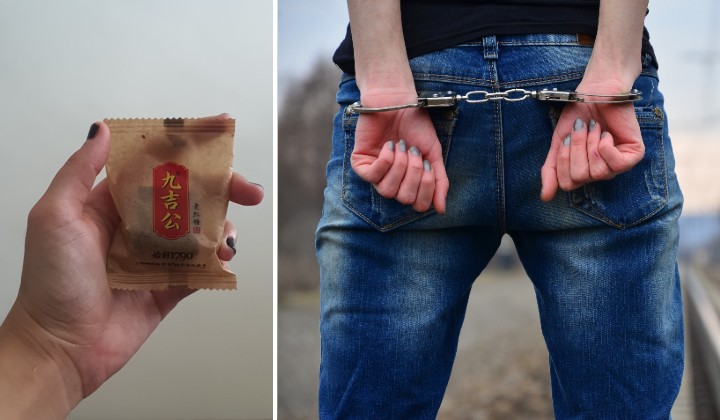 A Malaysian mother-and-daughter pair were jailed in Australia for trying to import over 25kg of ‘drugs’ in January this year.

Supposedly, the Australian Border Force (ABF) tested the substance and detected it as amphetamine. Then, heavily-armed police officers raided the Malaysians’ home in Sydney arresting them on the spot.

However, the ‘drugs’ in question was actually brown ginger tea, according to international news outlet Vice.

The two women, mother Vun Pui “Connie” Chong and daughter San Yan Melanie Lim, were thrown in jail for four months over the alleged ‘drug’ shipment, even after further tests revealed that the shipment was not drugs at all.

Accordingly, the ABF had tested the substances with a presumptive “hazmat” test, which identified the goods as Phenmetrazine.

Phenmetrazine is a stimulant drug that was once commonly used as an appetite suppresant, but has since been ruled illegal.

However, it was only later that Sydney’s Downing Local Court heard that this presumptive test was not definitive.

In reality, the test only generated a few possible substances, of which Phenmetrazine was listed as fourth most-likely, behind sugar, sucrose, and powdered sugar.

The worst part was that this “false possibility” and undefined test results were not told to the duo’s defending lawyers. While the ABF did independent tests, the Malaysian mother-and-daughter pair continued to sit in jail.

In fact, it was only three whole months after the arrest that the ABF admitted that they could not detect ‘any substances that were prohibited’ in the imported goods. However, by then, it was already April, and no one bothered to notify the pair in jail.

Chong and her daughter were not released on bail until May, and the charges against them were not dropped until August, despite the fact that by this time three separate tests have been done (twice by the ABF forensics team and once by the New South Wales Police).

According to the Sydney Morning Herald, the mother-and-daughter pair had wanted to sell the popular Asian drink for a small profit, looking to earn AUD$90 (about RM272).

The JiuJiGong packaged ginger tea drinks are commonly drank to help ease period cramps or to ‘warm up’ the body during cold days.

In fact, the packaged drink brand has been around for over 200 years, first established in 1790 in Guangzhou, China. They even have a whole website, which took Google less than 0.01 seconds to pull up.

Instead, they were thrown in jail for months despite the incorrect tests results, and were never told that of the potential inaccuracies of the first persumptive test.

The pair are now suing for costs over the false accusations, but the Commonwealth Director of Public Prosecutions have adamantly refused to pay them anything.

Instead, their case has been adjourned until March 2022.