The developer Country Gardens and Tunku Ismail rubbished the claims that the Forest City project is useless. 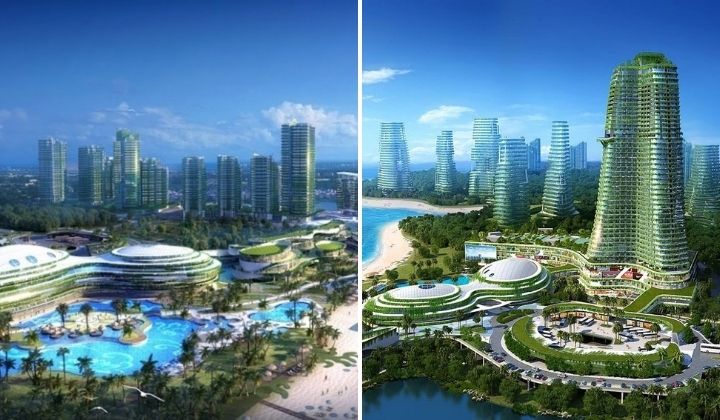 Country Garden, the developer of Forest City, has issued a clarification statement in retort to allegations made by the Youtube channel Top Luxury.

Previously, Top Luxury ranked the Forest City in Johor as the second “most useless” megaproject in the world.

In the statement, Country Garden reiterated that the ranking was not made by an international authoritative organisation and implied that the Youtuber made such allegations to gain more views.

Country Garden also found that the claims made in the video as outrageous and biased, pointing out how the same Youtube channel held a different view about Forest City in a short period.

Despite this, Country Garden understood that the content creator has the freedom to express their personal opinion and would not issue any further comments about the matter.

The developer further clarified that Forest City is a long term project with 25 to 30 years development span.

Statement from the Crown Prince of Johor

The Crown Prince of Johor has also issued a statement on his Facebook yesterday (20 November). Tunku Ismail Sultan Ibrahim said the allegations made about the development of Forest City was untrue and slanderous.

Tunku Ismail said the Forest City project is being continuously and sustainably developed.

He added that the project contributed RM630 million in income to the state government in the form of tax and dividends.

The project also saw the creation of 1,200 employment opportunities for the locals and 150 local construction companies were awarded contracts worth RM1.4 billion.

According to Tunku Ismail, Forest City has attracted the attention of the world with its technological developments and received the Global Model of Low-Carbon City Planning and Design Award at the Sustainable Cities and Human Settlements Awards (SCAHSA) online ceremony at the end of last month.

Despite this, Tunku Ismail acknowledged that the pandemic has affected not only Johor but the rest of the world too and this has contributed to low sales.

He ended the post with the hope that more investors would come to Malaysia when the economic situation improves.