Malaysia recorded a sharp rise in patients diagnosed with late-stage cancer due to deferred treatments during MCO and false perception. 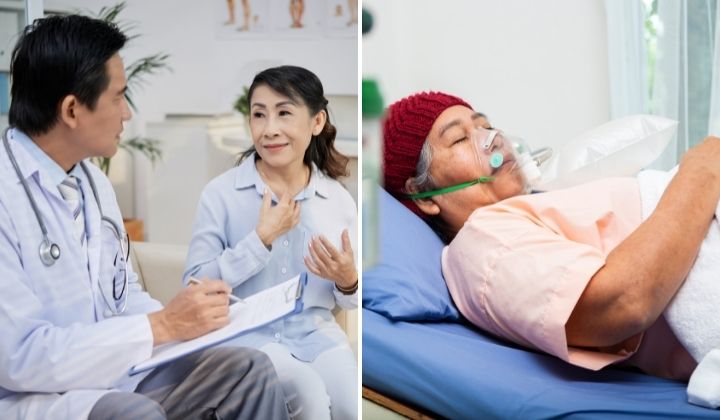 Cancer patients are urged to keep their scheduled treatment at hospitals after Malaysia recorded a sharp rise in patients diagnosed with late-stage cancer.

Some patients also faced difficulty seeking treatments at hospitals or had to reschedule their treatment due to financial constraints.

In some cases, patients were afraid to come for treatment as they had a false perception that they might contract Covid-19 if they entered hospital grounds.

Due to this, NCSM found that almost all patients diagnosed have developed late-stage cancer since the movement restrictions have been lifted.

In Malaysia, almost 95% of lung cancer incidents were diagnosed at either Stage Three or Four.

Based on local data in Malaysia, the five-year relative survival rate of lung cancer in Malaysia is only 11 per cent. This means, if 100 people were diagnosed with lung cancer in 2020, only 11 of them would still be alive in 2025.

He also said that the treatments for late-stage cancers were non-curative.

However, these patients can receive a more cost-effective curative treatment that includes surgery and adjuvant therapy if the cancer is detected in the early stages.

Dr Anand added that the rise of lung cancers in Malaysia among non-smokers is due to second and third-hand passive smoking.

According to Mayoclinic, third-hand smoke comes from the residual chemicals such as nicotine left indoors on surfaces and clothes by tobacco smoke.

Non-smokers can be exposed to these chemicals through touch or inhaling the leftover gases.

As such, non-smokers with a family history of first-degree relatives who suffered from lung cancer should get themselves screened too.

This further drives home the point that early detection and treatment for cancers still offer the best chance of recovery.

During the launch of the “New Normal, Same Cancer” campaign on 16 November, Dr Murallitharan said it’s crucial to encourage cancer patients to get back on track with treatment.

According to NST, the campaign jointly organised by NCSM and Lung Cancer Network Malaysia (LCNM) also includes advocacy through mass media and social media as well as face-to-face outreach programmes through collaboration with private hospitals.

Under the initiative, a collaboration with private healthcare players is in place to form a network of hospitals nationwide so people can get themselves screened.

To encourage more people to take control of their health, vouchers that offer a discount price for cancer screening can be downloaded from the campaign’s website.