The ministry is launching Ops Menu and is investigating the Langkawi restaurant for overcharging the customer. 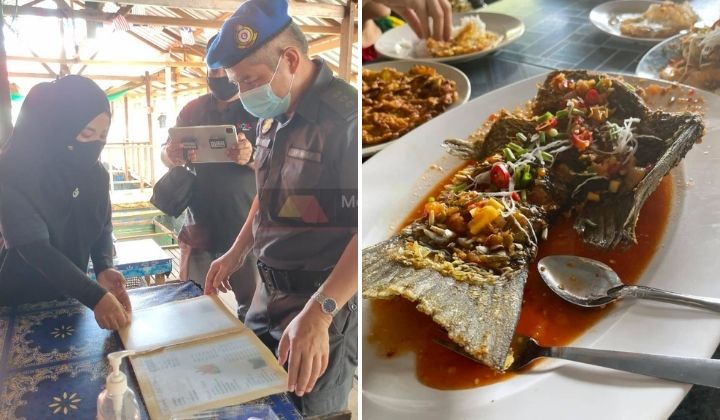 Previously, a Facebook user Muhamad Faris Zulkarnain shared that his family and friends had to pay an eye-watering RM1,196.80 for a sea bass (ikan siakap) at a floating restaurant in Langkawi. This caused the total meal to cost a whopping RM1,852.50.

The costly fish which weighed 7kg made its round on social media and the issue quickly became viral.

Since the post went viral, the owner of the restaurant questioned the customer’s motive for making the issue viral.

She said she had already explained the price and size of the fish they wanted.

On 5 November, the Ministry of Domestic Trade and Consumer Affairs (KPDNHEP) investigated the floating restaurant named Restoran Terapung Sas Rimba for allegedly overcharging the fish dish to the customer.

Based on a report by Kosmo!, the investigation is carried out under the Price Control and Anti-Profiteering Act 2011.

KPDNHEP Langkawi chief enforcement officer Abdul Rafar Wahid said the ministry has obtained information from both the customer and the owner of the restaurant, Norasyikin Musa.

Abdul Rafar also advised customers to always check the menu and the price of the dishes before placing an order.

A Facebook user Niena ZM had to fork out RM1,800 for a meal because she wasn’t briefed on the price and size of the fish they ordered at Kilim Geoforest Park, Langkawi.

According to New Straits Times, KPDNHEP will be launching Ops Menu to conduct checks at restaurants and eateries to prevent price manipulation.

The operation aims to deter irresponsible traders from manipulating food prices and the weight of food products.

The operation will focus on eateries comprising Malay, Chinese, Indian and Indian-Muslim restaurants, food courts and seafood restaurants. We will also check the weighing scales used by these restaurants.

Restaurant operators who are found breaking the law can be fined a maximum of RM50,000 while corporations can be fined up to RM100,000.