JPJ says fancy number plates are against the law. 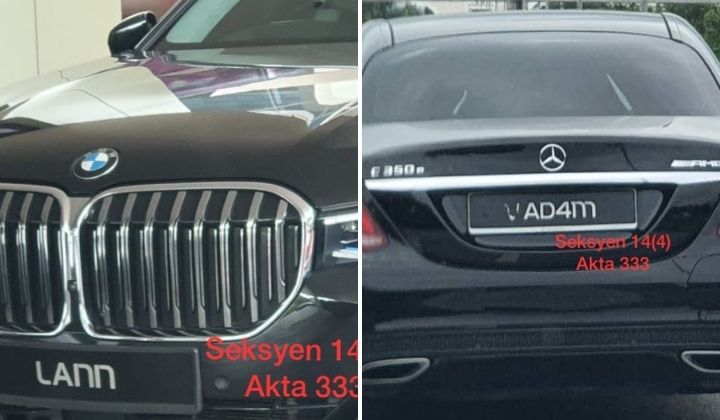 Your dream to adorn your favourite rides with fancy number plates might come to an end after all because apparently, it’s against the law.

JPJ also included sample pictures of fancy car number plates which can be seen below.

The public is advised to report any vehicle that has a “confusing, vague or ‘fancy’ number plate by emailing aduantrafik@jpj.gov.my together with photo evidence and other relevant details.

This ‘reminder’ from JPJ received some heat from Malaysian netizens.

One of the top comments pointed out that only the rich can afford these fancy number plates.

“Usually it’s the VVIP who have fancy [number plates]. We’re from kampung kampung, not brave enough. Car [windows] have never ever been tinted too,” a netizen wrote.

A netizen even pointed out that issuing summons is a way to help generate the economy.

“If the government made it compulsory to use [standardised] number plates just like in Indonesia and Thailand… following the proper measurements, fonts and ban car accessories workshop from selling fancy number plates.. there wouldn’t be an issue with number plates anymore. But issuing summons is one of the ways for government to make extra money.. help generate the economy,” another person commented.

“When will this issue be solved? Hopefully, JPJ will make its own number plates. Buy the machines and do it like Thailand and Singapore. Insyallah can solve this issue,” another commenter wrote.

The previous comment was reiterated by another netizen who said, “Why make something so simple so difficult?”

“In fact, it’s not difficult to make it all standardised. All cars can use standardised plates if JPJ had the will to carry it out.”

“JPJ can make standard number plates for each vehicle in Malaysia. JPJ can stamp the plate themselves along with any modern features and make sure every vehicle is outfitted with the standardised number plates within a year.”