This is just one small part of Elizabeth Haigh’s cookbook plagiarism controversy. 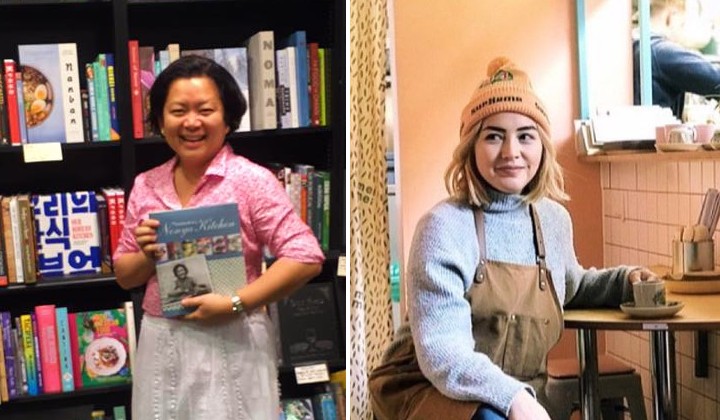 It seems that the colonists aren’t done with stealing our Southeast Asian resources, because it turns out that a London-based, Singapore-born Michellin-Star Chef may have been ripping off Singaporean recipes for her new cookbook.

Elizabeth Haigh owns and runs a kopitiam in London’s food haven Borough Market called Mei Mei and formerly competed on MasterChef in 2011. She also regularly shows up with our own Malaysian comedian Uncle Roger in his YouTube videos as ‘Auntie Liz’.

Now, she is being accused of plagiarism in her new cookbook titled Makan.

Sharon Wee is a New York-based Singaporean who published Growing Up in a Nyonya Kitchen in 2012, a cookbook that included her mother’s recipes, personal anecdotes, childhood stories, and interviews with older relatives.

However, after reading Elizabeth Haigh’s new cookbook Makan published in May 2021, she pinpointed more than 15 recipes that were lifted from her cookbook, including her own personal histories and stories with her family.

Not only did Haigh lift the recipes themselves, it is alleged that she also paraphrased the personal anecdotes and stories Wee had written into her book. Poet and critic Daryl Lim Wei Jie compiled some of the similarities on his Instagram.

Wee has notifed Bloomsbury, the publisher of the Makan cookbook, of the similarities.

Malaysian food blogger Low Bee Yinn, who runs the food blog Rasa Malaysia, was bewildered when a reader accused her of copying the same recipe for ngo hiang (also known as Penang lobak in Malaysia).

The reader, Alice Lin, claimed that this recipe on Rasa Malaysia’s blog is the exact same as the one from Haigh’s.

The recipe posted on Rasa Malaysia was published in 2010, a contribution from a Singaporean food blogger by the name of Danielle. This recipe was hosted on the Rasa Malaysia site with full credit. There, Danielle says that this is her mother’s recipe.

At that time, Low was not concerned about the comment, until she came across the post by Sharon Wee.

Only then did Low connect the dots and realized that Elizabeth Haigh had pilfered recipes– not only from Growing Up In A Nonya Kitchen, but also from the food blog Rasa Malaysia, and even a very old Singaporean cookbook first published in 1981.

An established chef like Elizabeth Haigh stealing all our recipes is just ethically wrong.

Low has also submitted her concerns about how passages were plagiarised verbatim by Elizabeth Haigh to Bloomsbury but received no response.

Bloomsbury has already pulled Makan off the shelves, and the book is no longer on sale at stores or online except for Amazon. The publisher notes that Makan “has been withdrawn due to rights issues.”

However, Elizabeth Haigh has yet to provide a statement about the accusations of plagiarism. She has disengaged from her social media by deactivating the Instagram for her restaurant Mei Mei and making her Twitter private.

At the same time, Uncle Roger– our own Malaysian comedian Nigel Ng– released a YouTube video featuring her as Auntie Liz on the same weekend the plagiarism controvesy unfolded. The video promoted her kickstarter to open a bigger restaturant, which many found in poor taste.

TRP has reached out to Elizabeth Haigh and Nigel Ng for further comments. This article has been updated for clarity.