As many as 302 women and 226 men were investigated between January and September 2021. 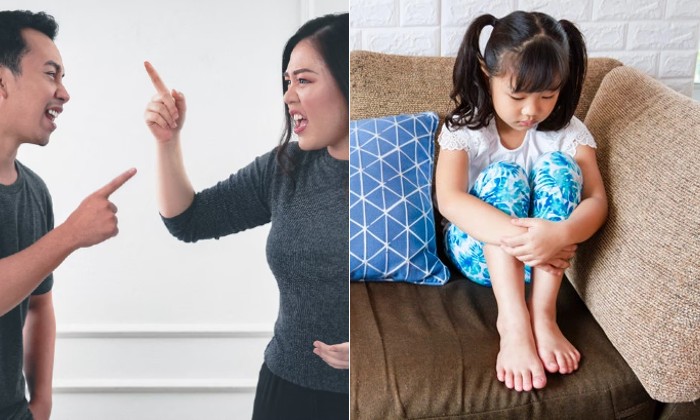 Ill-tempered fathers account for the majority of child abuse cases in Malaysia, but women made up most of the suspect list.

Police’s D11 Sexual, Women and Child Investigations Division reveal that adults with anger issues, coupled with a very short fuse, were responsible for a total of 472 child abuse incidents that were reported within the first nine months of 2021.

A large majority of the suspects identified in these cases were the child’s own biological parents.

The rest were perpetrated by the child’s stepfathers (30 cases) and childcare workers at care centres (34 cases).

The suspect list was also made up of people with varying relations to the child; such as their aunts and uncles, their parent’s boyfriends or girlfriends, teachers, caretakers, and even the caretaker’s spouses.

Most of these incidents had occurred in the kid’s own home (319 cases) while the remaining incidents happened either at a registered childcare centre (36 cases) or an unregistered one (5 cases), as well as other more public places like schools and places of worship.

Similarly, children were no safer in places like orphanages.

Police data shows that 198 children had suffered through physical abuse (and an untold amount of mental and emotional abuse) from parents or guardians who fail to control their emotions.

Incidents of abuse also include cases like children being locked up or left alone without any adult supervision.

A total of 528 individuals, 302 women and 226 men, aged between 25 to 45-years-old were investigated between January and September – the majority of which being locals.

Child abuse on the rise?

A report by the Women and Community Development Ministry had recorded 2,040 child abuse cases in just the first four months of this year where 35% of those cases had involved neglect and around another 30% were incidents of physical and sexual abuse.

As most cases of domestic and child abuse usually goes unreported, by law (and just sheer human decency) anyone who has knowledge of, or any suspicion that a child is suffering harm or is at risk of significant harm from abuse or neglect should inform the authorities immediately.

The public is advised to report such cases to the police or contact the ‘Talian Kasih’ hotline via phone call or WhatsApp on any sign that a child has physical or emotional injuries as a result of being ill-treated, neglected, abandoned, left exposed, or is sexually abused.

Read More: How To Spot If Your Child Has Been Abused