The teacher was also said to be overstaying in Malaysia and the childcare center’s license had apparently expired. 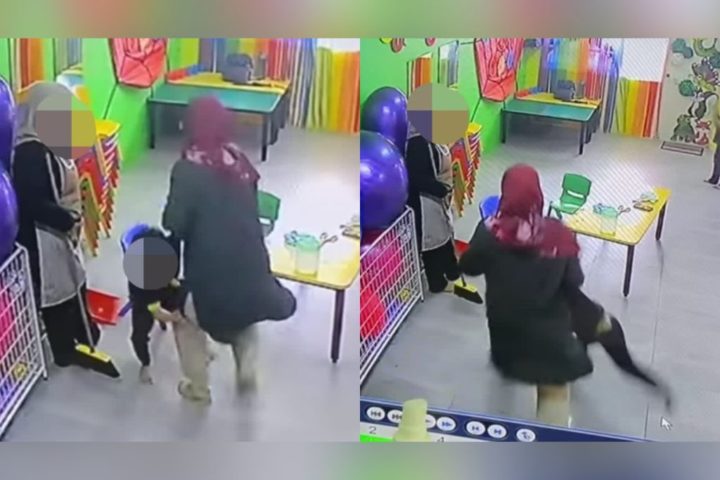 Recently, a special needs teacher in Ampang, Selangor was arrested after she was allegedly caught abusing a six-year-old boy diagnosed with autism, on CCTV.

The case was apparently made public by the boy’s father, Tengku Aminuddin Shafiq, who found injuries on his son’s body.

“The incident which happened on the 1 October 2021, was truly unacceptable and we have lost trust in placing our child in the care of the centre,” wrote the father on Facebook.

He went on to explain that prior to the incident, he had already noticed that his son would have bruises on his face and body when returning home from school, but never made a big deal out of it – thinking that his son was only a bit hyperactive during the day.

Footage of the incident shared by the father saw the teacher disciplining the child rather forcefully after he was said to have refused to finish his meal.

After picking him back from school, when we saw these marks on my son’s back, we knew for sure that these were not caused by him, couldn’t have been caused by him, this was forced on him. Your justification on my son not wanting to eat is not acceptable or sufficient to support the way you treated him.

According to police, the 51-year-old Singaporean suspect who is also the founder of the childcare centre is being investigated for child abuse as well as overstaying here in Malaysia.

Apparently, the centre’s licence or permit to operate was also found to be expired.

The remand period for the suspect, who is also the manager of the childcare centre, will be extended for another three days till 8 October.

The issue also managed to catch the attention of Women, Family and Community Development Minister Datuk Seri Rina Harun who say that action can be taken against the childcare centre by the Welfare Department (JKM) under the Care Centers Act 1993 (Act 506).

The minister said that authorities could move to confiscate or compound the childcare centre besides mentioning that psychosocial intervention, as well as counselling, will also be provided to the parents and the child involved.