Investigations are underway for the offence of reckless and dangerous driving. 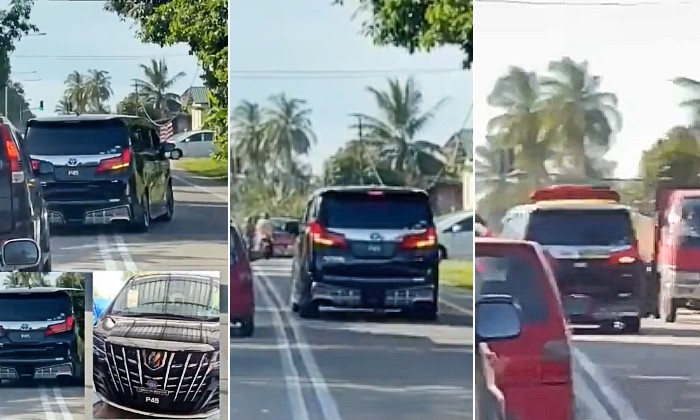 So the video of the black van that people claimed belonged to a Malaysian Deputy Minister that was caught cutting through traffic recently, finally made its way to the cops.

Kelantan traffic police confirm that they have received reports of the incident that occurred on Jalan Bukit Marak in Kota Bharu involving a Toyota Alphard registered under the plates, P45.

Sources had told Malaysiakini that the police probes found that the vehicle was driven by a 31-year-old personal driver who was alone at the time and was apparently late to pick up his ‘boss’ from home in order to send him to the airport.

The driver on duty was rushing and overtook the vehicles in front, turned on the emergency lights and made sure that it was safe before cutting other vehicles on the double-lined road.

Police added that they are now on the case and investigations will commence under Section 41(1) of the Road Transport Act 1987 (Act 333) for reckless and dangerous driving – which if a person is found guilty of, may be punishable by a prison sentence of no less than two years or a maximum of 10 years, as well as fines up to RM20,000.

Previously, Malaysia’s ‘cyber detectives’ on social media had put together a theory that the vehicle seen in the viral video belonged to Pengkalan Chepa Member of Parliament (MP) and Deputy Minister in the Prime Minister’s Department (Religious Affairs) Datuk Ahmad Marzuk Shaary.

However, the police didn’t mention or confirmed who the vehicle had belonged to.