Malaysians make a world of difference for Palestinians despite their difficulties. 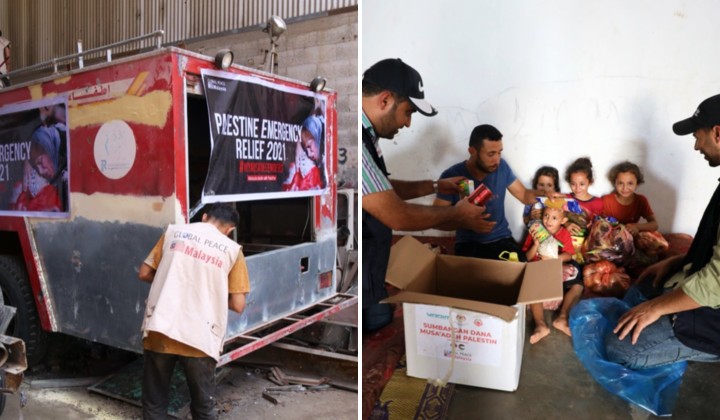 Malaysians have raised more than RM3 million in an emergency fund to support the Palestinians.

More than 250 people were killed in the conflict, which erupted in May and lasted for 11 days.

In addition, livelihood assistance was also provided in the form of a food box containing staples and vegetables and a six-month house rental with household supplies.

By the end of August, GPM collected RM3 million, with 100 percent of the proceeds going to the Palestinians.

He said it was one of GPM’s most successful fund-raising campaigns in recent years,

“Donations were pouring in despite the Covid-19’s economy’s effects on food, housing, and employment hardships for Malaysians,” he told TRP.

He added that GPM would continue to organize help to rebuild the damage in Gaza.

“The damage suffered by the Palestinians will take years, if not decades, to rebuild.

“Furthermore, the economic outlook of Palestine is bleak due to restrictions imposed by Israel.

“Not to mention that aid to Palestine had reduced drastically with crises elsewhere around the world,” said Fahmi, who is also vice-president of the Malaysian Islamic Youth Movement (ABIM).

For more effective distribution of aid to the Palestinians in the future, GPM has established a special organization called “Malaysia For Palestine” (MFP) that will focus on the meaningful implementation of aid and projects in Palestine.

“Dr Tareq has spent 10 years in Malaysia as a student and he appreciates the kindness of Malaysians in helping his countrymen,” said Fahmi.

Being a local, Dr Tareq will help ensure that funds raised will go directly to needy communities through local grassroots initiatives.

Donations can be made via GPM’s online fundraising campaign ‘Tabung Peduli Palestin’ (Care for Palestine).